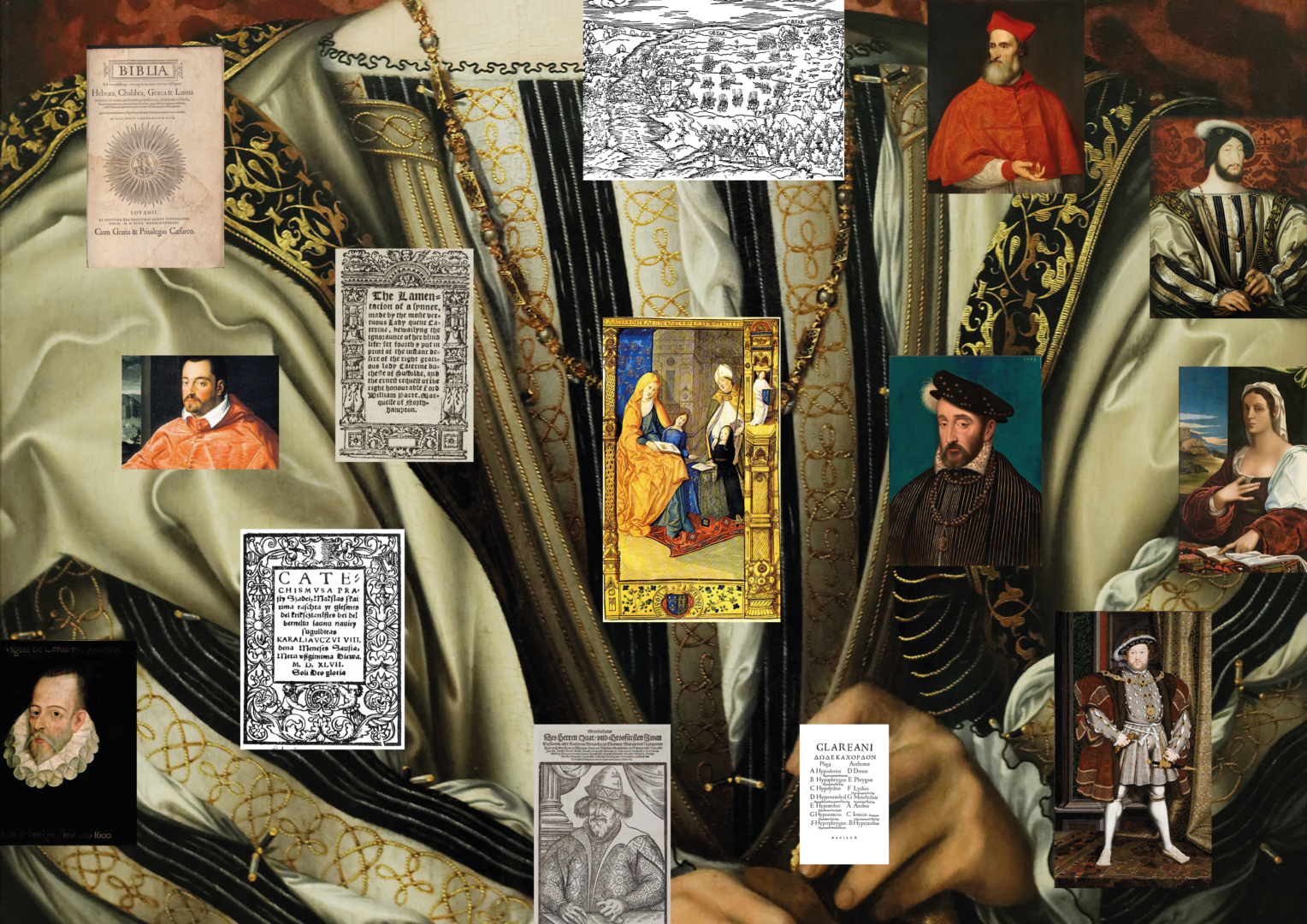 n 1547, Pierre Attaingnant (Attaignant) and Antonio Gardano each published a series of books of voices with instrumental music. Attaingnant’s print contains some dances that are among the shortest pieces of music of the time, while Jacques Buus’ ricercars are among the longest.

Together with Francesco Corteccia’s madrigals, also published in 1547, these extremes of instrumental music offer a snapshot of what a viol consort might have played in the mid-16th century.

The “Venetian viols” (all without soundpost) produce a sound that emphasizes polyphony and blends perfectly with the lute.

Introduction to the viola da gamba by Caroline Ritchie at 5:30 pm.

And take a look:
At Discover/Workshop you will find a quiz on 1547 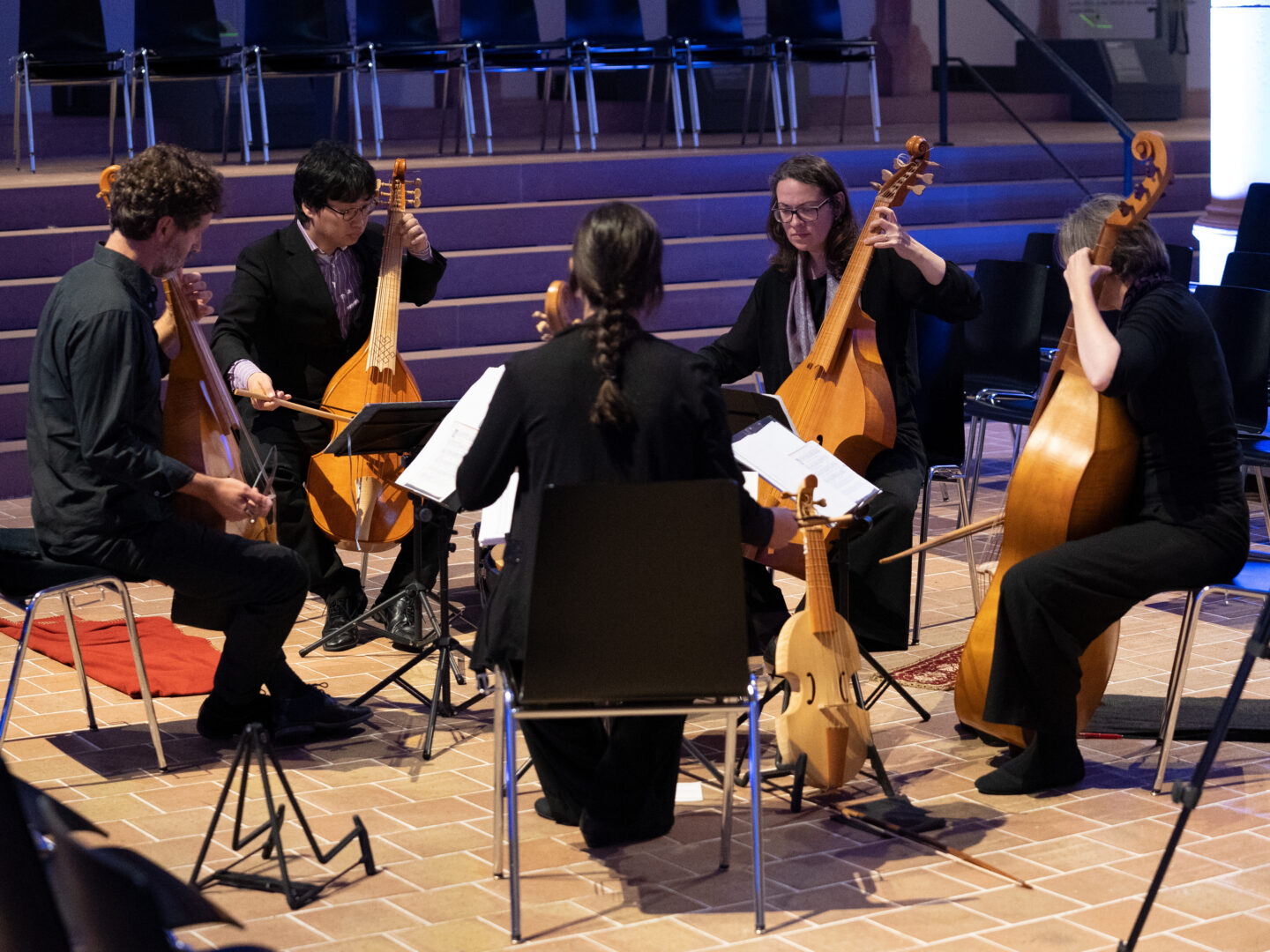 The Vonderful Vorld of Viols

Thomas Christ (TC): How to get from Portugal to the Schola Cantorum in Basel? With which instrument did your musical vita begin?

Filipa Meneses (FM): I dedicated my entire childhood and adolescence to the study of the classical piano. The piano was the most important thing in my life and left no room for other pursuits. I then studied piano at the conservatory in Amsterdam and it was there that I first discovered the viola da gamba. It’s amazing that as a music student I didn’t know this instrument before. I think that says a lot about the early music scene in Portugal at the time. But maybe I was just too engrossed in my piano studies 🙂 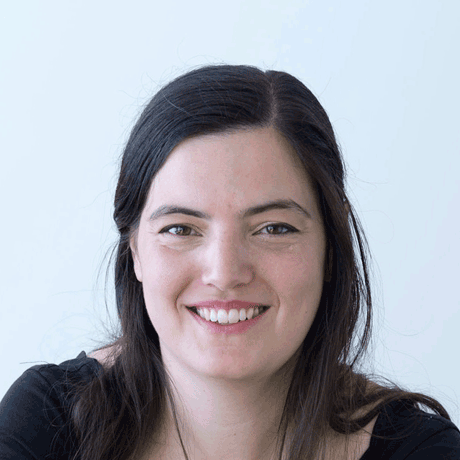 With the viola da gamba I immediately felt that there was no turning back – from the first moment I had an unstoppable urge to play this instrument and this music. I went home, searched the internet for everything I could find about the instrument, purchased an instrument, gave my last piano concert, and picked up the viola da gamba the next day to start practicing. For the first six months I practiced alone, exploring the instrument for myself, thinking about what a relaxed posture on this instrument should look like, how the bow should be held, and so on. That half year was one of the most poetic periods in my life. No pressure, just me and the discovery of this beautiful, sonorous instrument.

Eventually I found a teacher, began my Bachelor’s studies at the Conservatory in The Hague, and earned a Master’s degree at the Schola Cantorum Basiliensis.

TC: Does an early music scene exist in Lisbon or in Porto – it probably manifests itself more in the Baroque than in the Renaissance?

FM: Well, I would even say a very lively scene. Both Lisbon and Porto have baroque orchestras, and there are several festivals with special early music concerts. In the field of Renaissance music, there is an amazing research department at the University of Coimbra, where the music of the old Santa Cruz Monastery is kept: some 22 books are waiting for their music to be brought back to life. Incredible work is being done in this field in new projects such as “Bando do Surunyo” and “Capella Sanctae Cruz”: The research groups study the manuscripts and bring this music back to performance.

TC: The viola da gamba originated in Spain around the 15th century, and I notice that viol players make a point of emphasizing that the instrument has little to do with the later violoncello. Can they tell us anything about that?

FM: It’s true that the cello is indeed from the violin family in terms of shape, number of strings and so on, and the viola da gamba, on the other hand, is more of an evolution from the vihuela da mano, a lute-like instrument.

TC: Many Renaissance musicians also master a second or third instrument or are also at home in classical music or jazz – what are their preferences besides the viola da gamba?

FM: As I said, for a long time my focus was on the classical study of the piano, so I still have a certain longing for the Romantic piano repertoire and chamber music, especially the quintet repertoire, which I was able to learn and perform regularly. I don’t hear this music in my everyday life anymore, but every time it comes up, it’s like I’m a kid again, fascinated by the discovery of these harmonies. In my hometown it was not possible to buy records of classical music, so I saved my money and each time I traveled to Porto I carefully selected a CD, which I bought and listened to over and over again for months.

This description sounds so outdated today, in an age where we have the ability to access virtually all of these recordings with the click of a button from home. But I can’t describe how lucky I was to take home that one CD.

TC: In the Renaissance, but also in the Baroque, the art of improvisation was very popular and all great musicians seemed to master this discipline. Has this kind of music-making been somewhat lost today, or do people only venture into note-free playing in tight patterns here?

I find the practice of spontaneous improvisation in concert to be quite a challenge, but the concert “Über kurz oder lang” will be a good opportunity to see which parts are improvised and which are written. Everyone should come and listen! 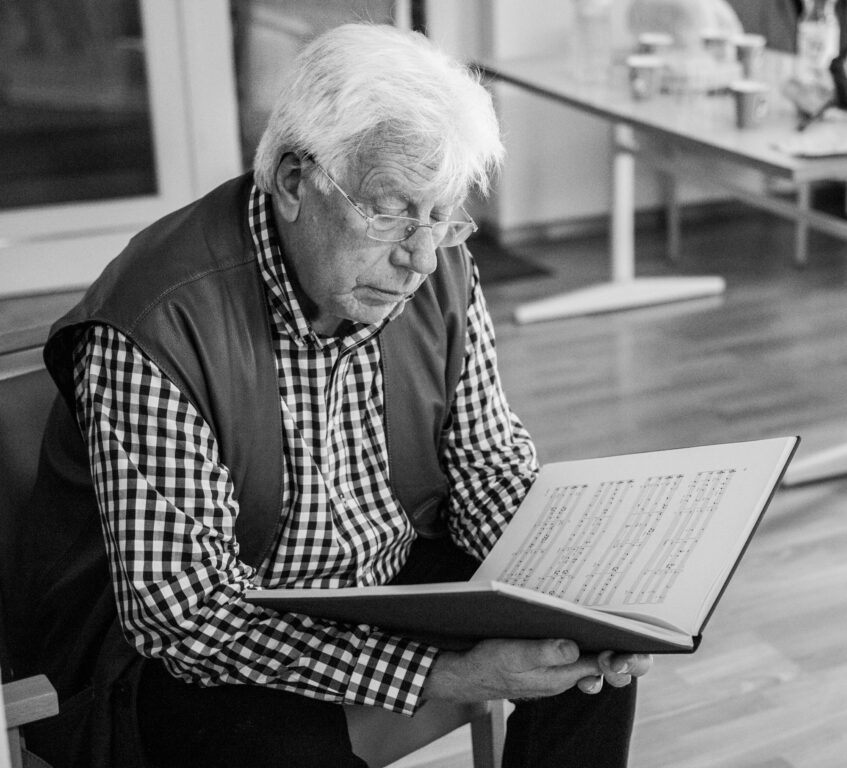 This kind of concert has a special appeal for me for several reasons. One of them is the somewhat mundane fact that all the music in the program was printed in 1547. Of course, a similar musical spectrum could be obtained if one had set the period from 1537 to 1557; but in this way the program automatically acquires a certain coherence. Another reason is that we are limited to two composers and a set of anonymous dances printed by Attaingnant in Paris: Basically, we will hear three styles of music that offer clear contrasts without distracting the concentration.

Another reason is that almost everything is played on a viol consort: The various sounds that can emerge from this ensemble configuration are obviously central to the listening experience. And finally, the printing year was used as a wonderful excuse to present Jacobus Buus, the man who could be called the “Bruckner of the consort repertoire”: tremendous pieces, impeccably put together with a minimum of fuss and a minimum of new material. The way he always recycles his musical ideas is amazing. The decision to play only two of his works is extremely wise: with all the smaller tidbits surrounding these two, we will be able to enjoy these two delightful main courses with a refreshed palate.

Why I’ll be there …
David Fallows

This is the kind of concert that especially appeals to me, for several reasons. One is the slightly bland reason that all the music was printed in 1547. You could of course get a similar range of music if you stretched it from 1537 to 1557; but there is an inbuilt coherence to the programming this way. Another is that you are confined to two composers and a set of anonymous dances printed by Attaingnant in Paris: basically, we are to hear three styles of music, offering neat contrasts without destroying the concentration. Yet another is that they are playing almost everything on a consort of viols: the different sounds that can emerge from that group are obviously central to the experience here. And yet another is that they use this basically as an excuse to present Jacobus Buus, the man you could call the Bruckner of the consort repertory: enormous pieces, impeccably assembled with the minimum of fuss and the minimum of new material. The way he keeps re-using his musical subjects is quite astonishing. Their decision to play just two of these works is eminently wise. With all the other froth around those two, we shall have nicely refreshed palates for these two magnificent mountains. 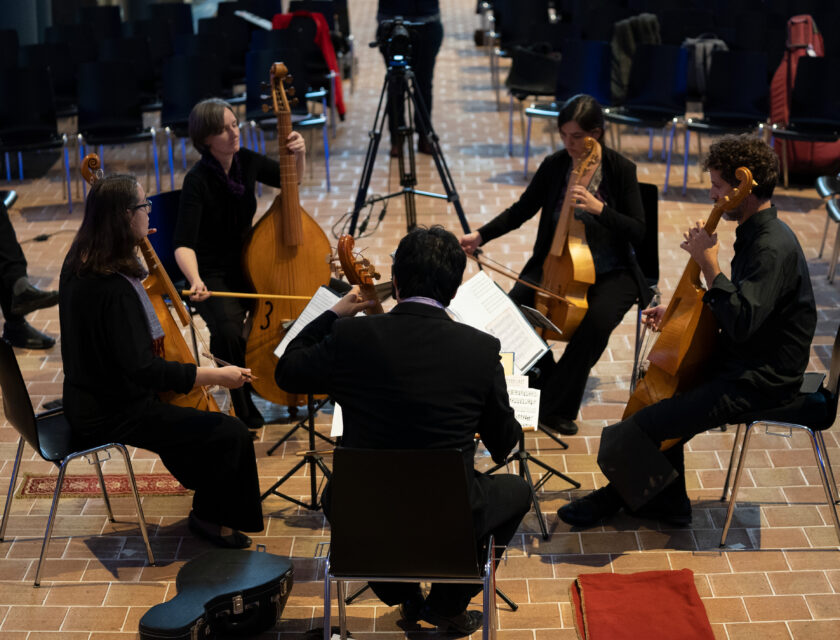 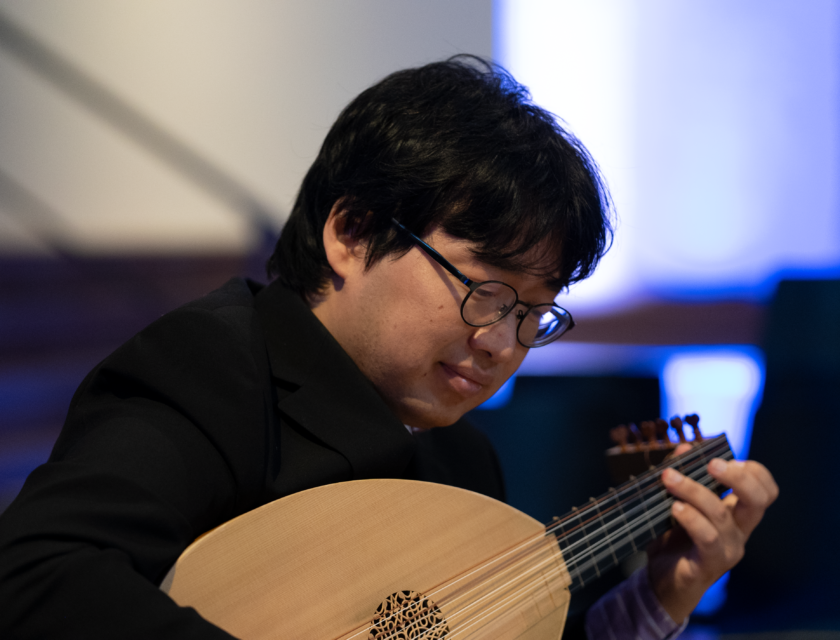 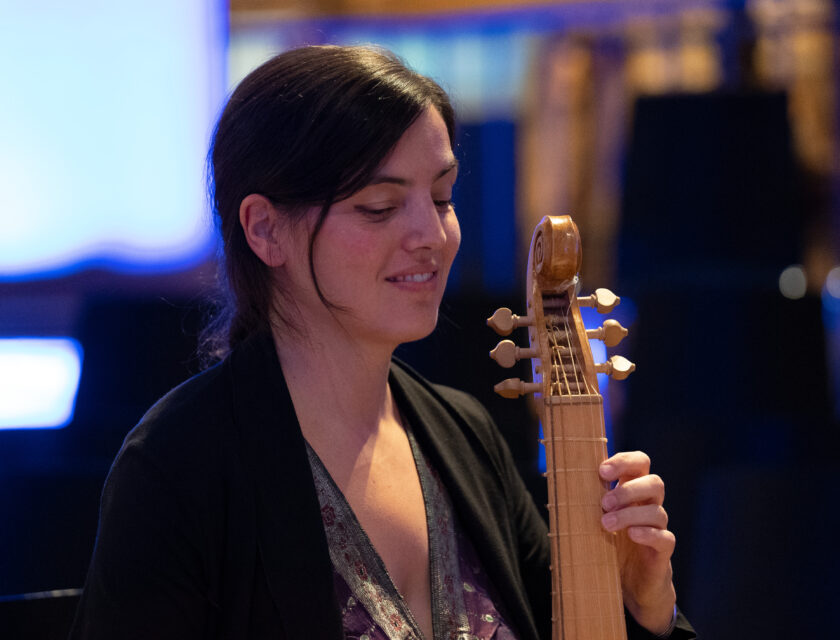 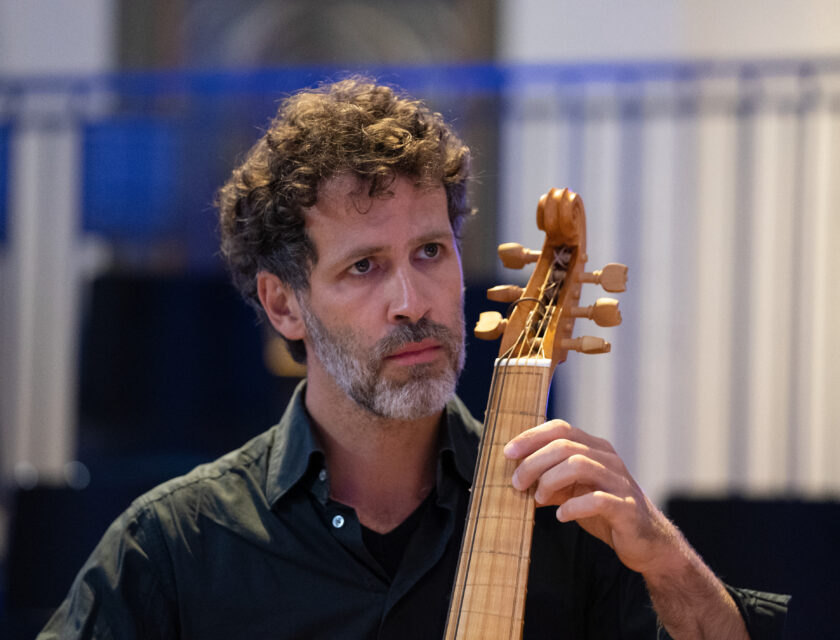 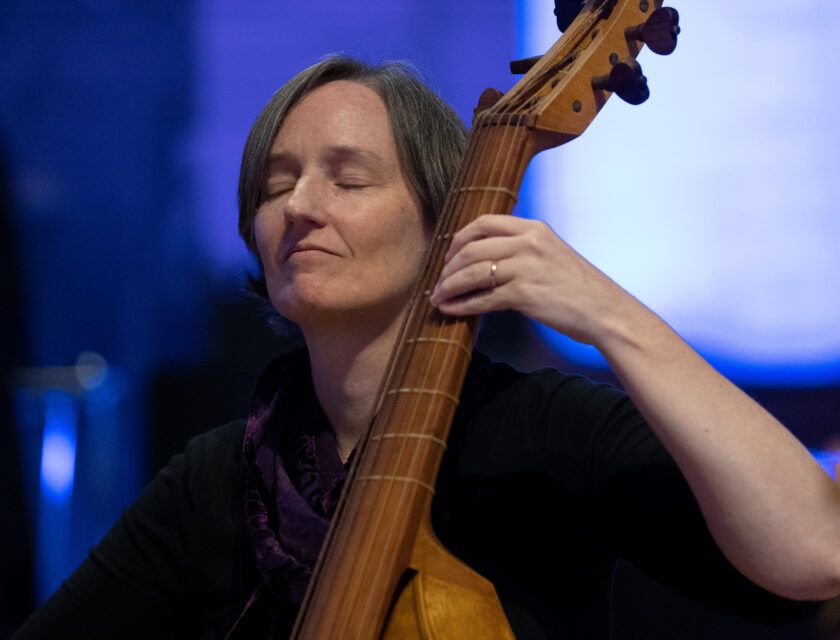 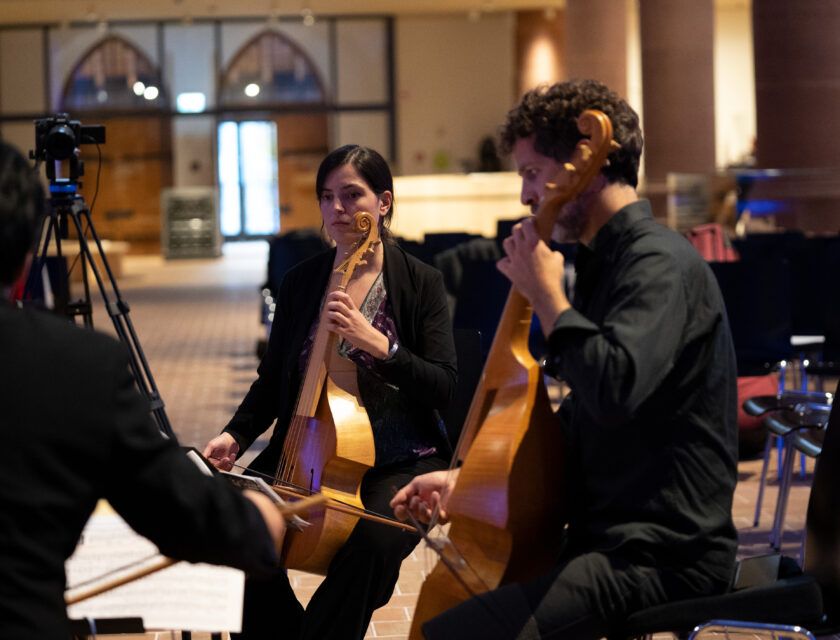 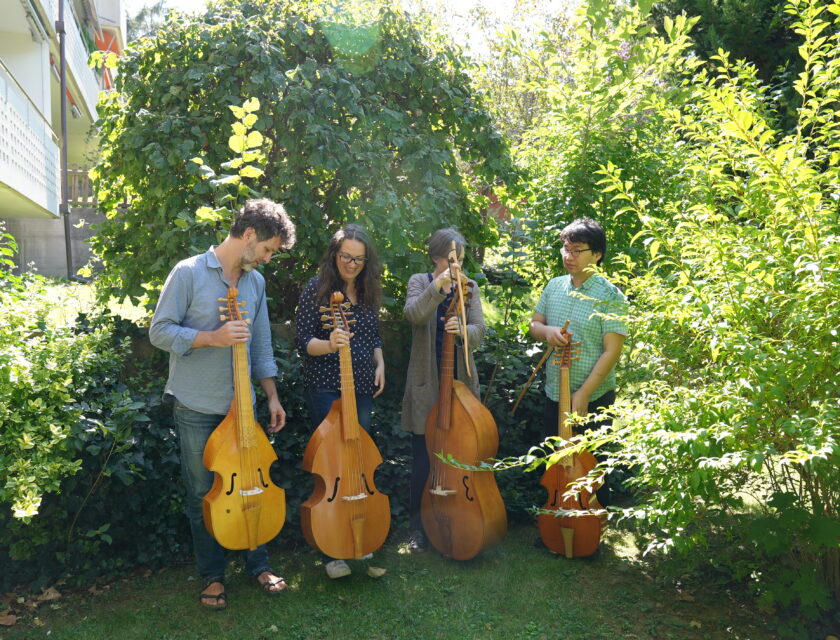 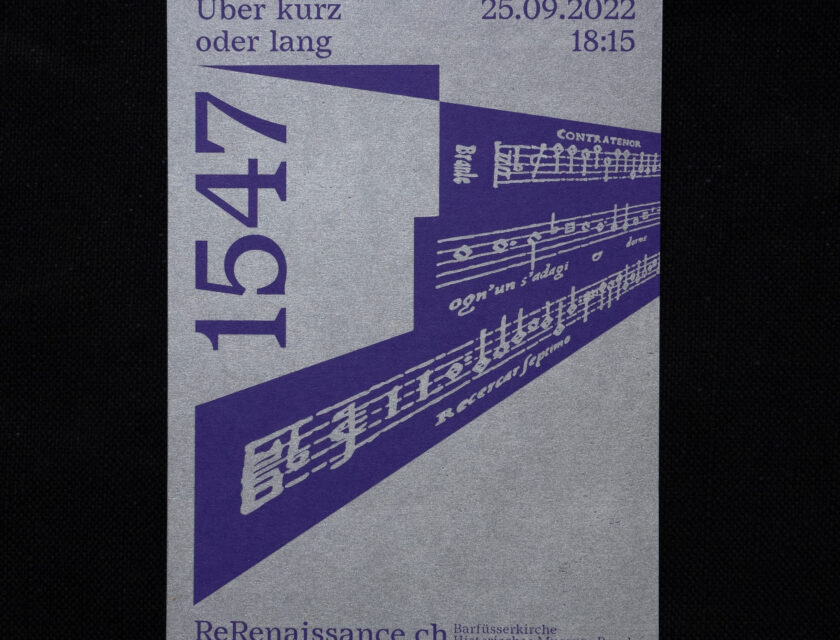 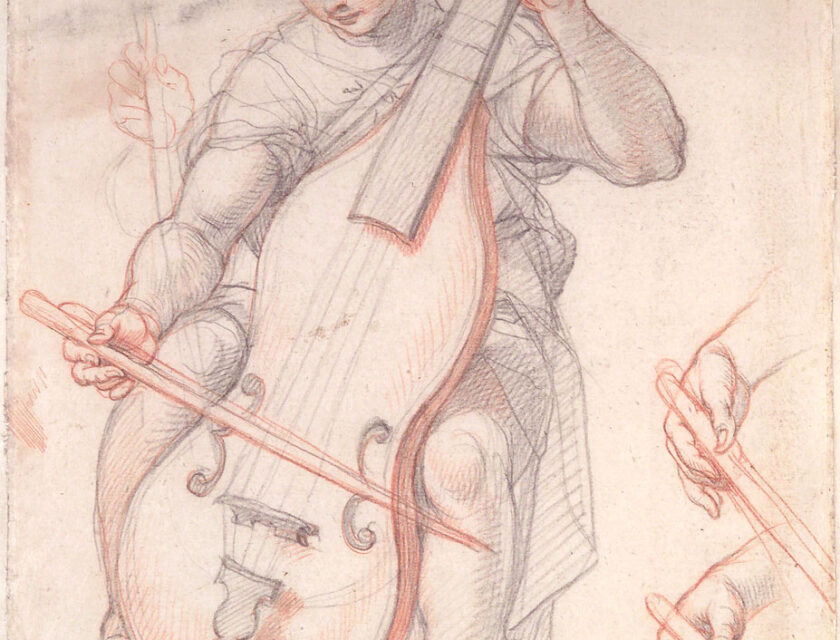 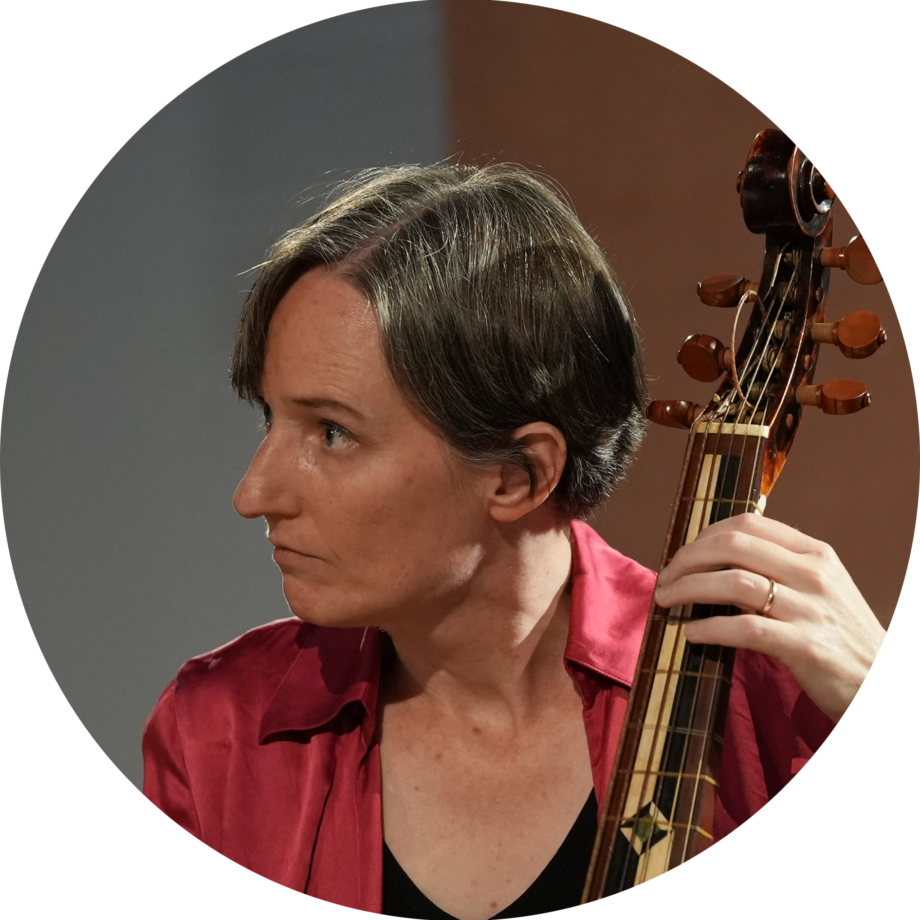 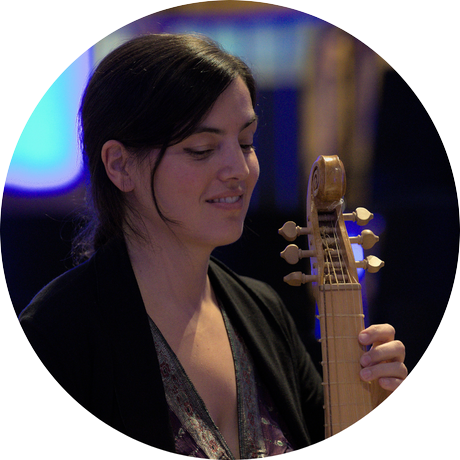 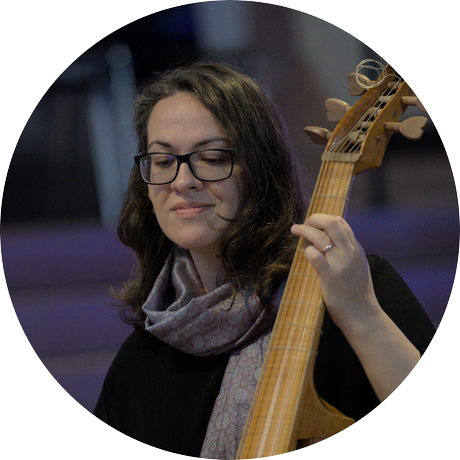 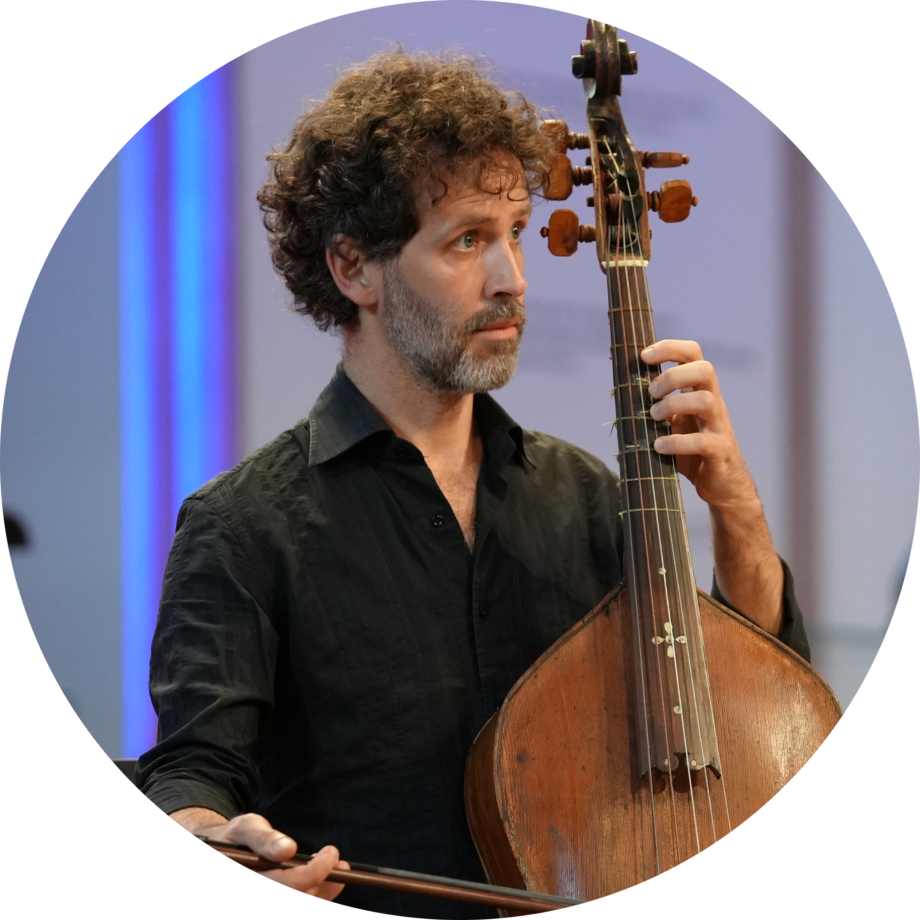 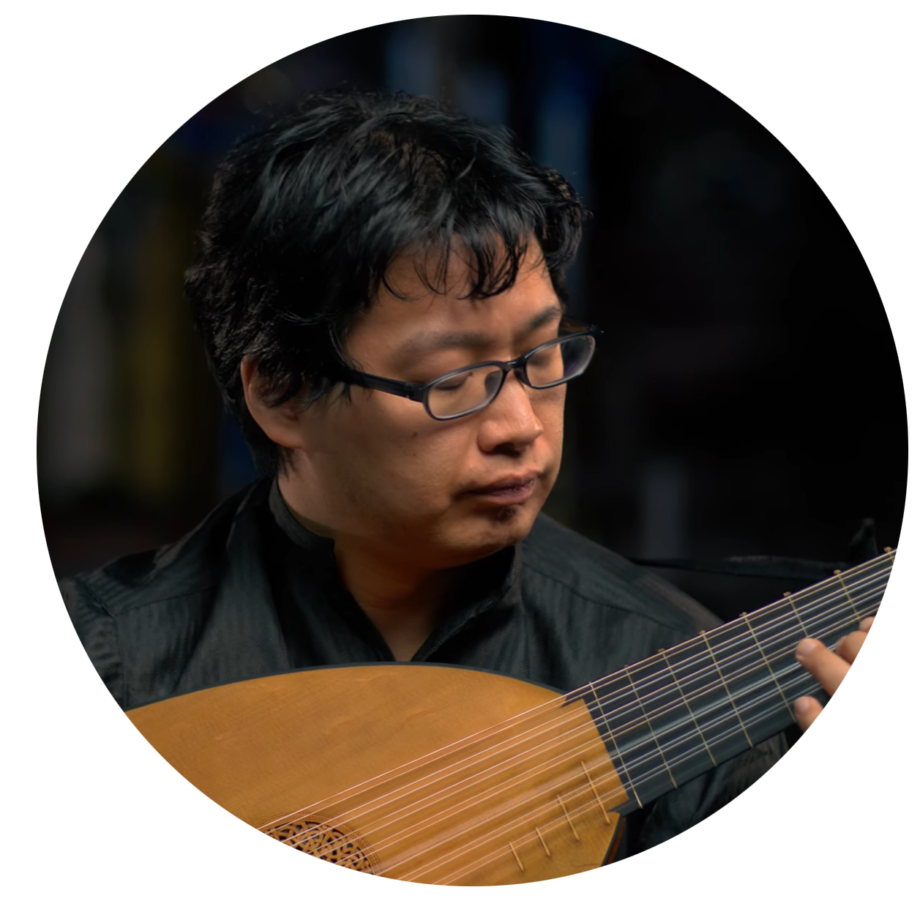