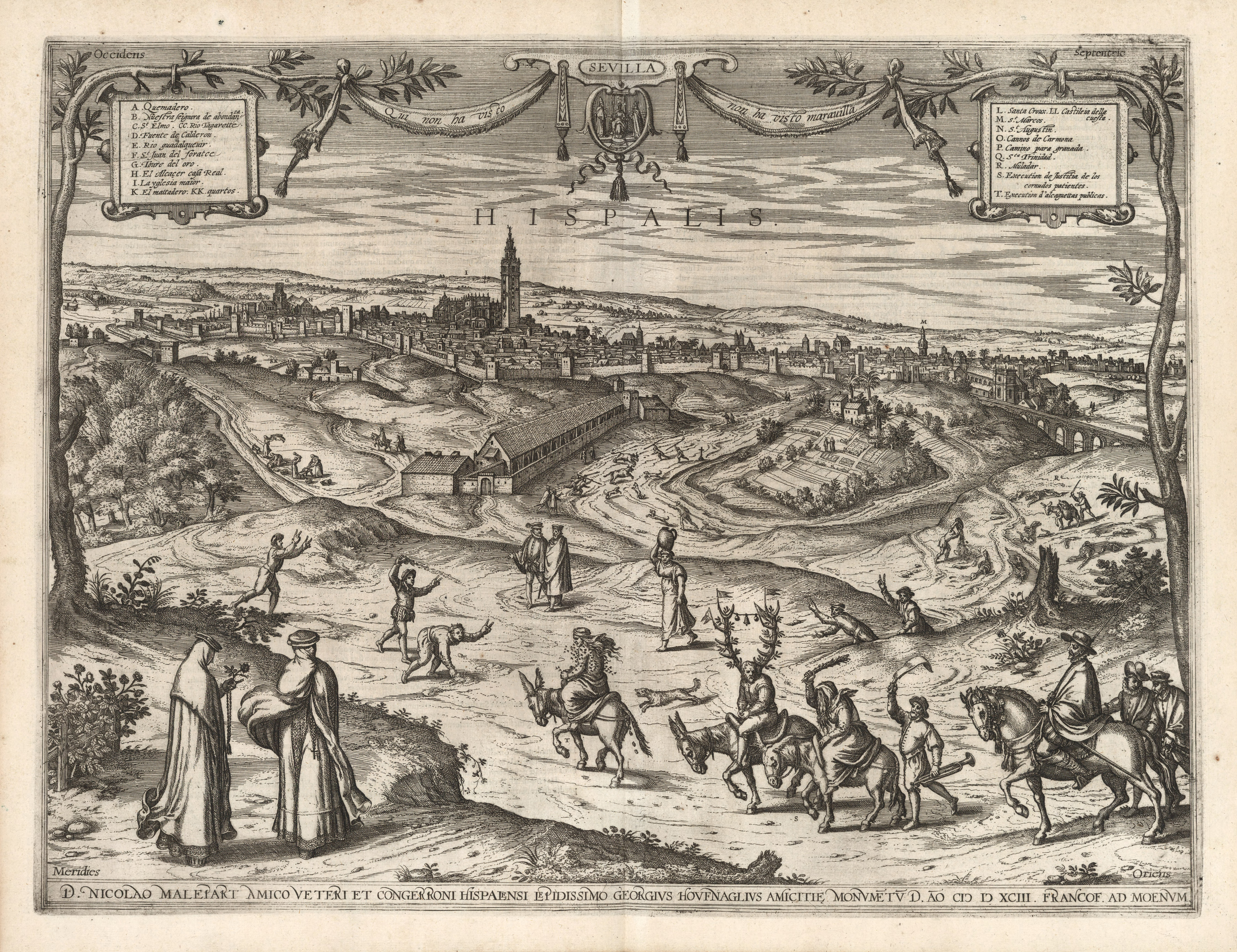 n 1527/8, the Spanish composer Francisco Guerrero was already allowed to call himself “maestro de capilla” at the age of 17. Guerrero was one of the outstanding musical personalities of Spain in the 16th century.

In this large-scale concert, a cooperation between ReRenaissance and the Schola Cantorum Basiliensis enables a unique experience: as in Guerrero’s time at Seville Cathedral, singers and instrumentalists – complemented by the children’s voices of “Oy … cantemos!” – come together in a common capella and ring in the beginning of the Advent season: Iberian musical tradition, revived in a new dress.

Introduction to the topic at 17:45 by Tabea Schwartz

Introduction to the concert Nov. 2022 “Transeamus: to Bethlehem”

Cooperation with the Schola Cantorum Basiliensis and the children’s voices “Oy … Cantemos!”

Interview with Juan Díaz de Corcueira. On the occasion of the concert Transeamus: to Bethlehem, November 2022

Interview with Professor Carlos Federico Sepúlveda, member of the management team of the Schola Cantorum Basiliensis, among others director of the Renaissance course and the postgraduate course AVES (Advanced Vocal Ensemble Studies).

Thomas Christ (TC): Dear Federico, we are pleased to welcome you as an interview partner on the occasion of our joint November concert in the Barfüsserkirche Basel. In the early music scene, especially in the Basel Baroque world, you have been a known quantity for many years, but hardly anyone knows how you came to music, to conducting, to choral music in Medellín (Colombia). Was there a key experience or a family destiny?

Carlos Federico Sepúlveda (CFS): I attended the Instituto Musical Diego Echavarría, a school that from the elementary level (kindergarten included) considers music as one of its pillars, understands it as a language and spends a lot of time on the musical development of its students. There I made my first experiences with choirs, orchestras and bands. The musical director, Cecilia Espinosa, led one of the most important choirs in the city, in which I had the privilege of singing at the age of 13. 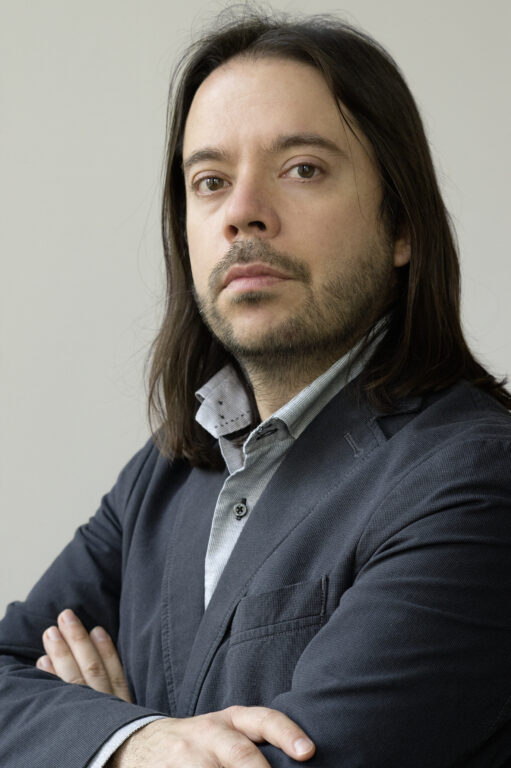 These two experiences, the school and the choir, marked a path on which singing, the Renaissance, polyphony, the understanding of different musical languages and other aspects led me first to Vienna (orchestral and choral conducting) and later to the Schola Cantorum Basiliensis, where I had the privilege of approaching the Renaissance in the company of lecturers, colleagues and students who shared my fascination for this period.

TC: We know little about early South American music – but they did exist, the Colombian baroque composers of the 17th century. Can you tell us briefly about this early music in the New World? Was it more popular? Did choral music have a special significance?

CFS: I am not a specialist there. I have had the opportunity to participate in and have led a few projects in this area. When I finished my studies in Vienna, I became interested in the music in the Bogotá Cathedral and worked with repertoires from the Cathedral’s archives. There are treasures to be discovered, we should join forces and explore colonial repertoires, not only in South America! I think that the Schola, which is slowly approaching the Hispanic repertoire and the practices of Renaissance music there, could be part of such a project, but it is important that projects are led by local institutions.

Polyphony occupied a very important place in South America, that’s true. The great feasts, in the church and outside, are associated with polyphony. As we see in our concert program, there are connections between folk customs and church music. This interaction also existed in South America. It is interesting to ask how the evangelizing function of music in the colonies may have influenced the outcome. In our concert, we propose an approach that could also be invoked as a starting point for the study of contexts of colonial music, but with the proviso that specific contexts dictate the way forward.

CFS: The criteria are the same: today the question goes beyond the study of original instruments, historical techniques and temperaments, notations, etc., and we want to place all these results in an appropriate historical context – with a window to reflect these contexts in our present, offering relevant artistic responses supported by serious research.

TC: Can you tell us something about the current project of the Schola Cantorum Basiliensis “Oy … cantemos!”? “Learning music as it was 500 years ago” seems at first glance to contradict contemporary pedagogical insights. How should we think of those historical approaches to children’s music education?

CFS: “Oy … cantemos!” is a project of the SCB School of Music in a team-teaching format. In the process, children and young people are given the opportunity to approach Renaissance music with the help of tools appropriate to the repertoire. Associated with this are competencies that go beyond the mere “playback” of pieces. Improvisation and “relating” sounds is integral to this process-oriented learning. The didactic structure and choice of methods is historically inspired, but the empowerment of inner musical imagination, free and bound expression, and cross-age learning with and from one another, which includes working with SCB students, also applies outside the confines of the Renaissance.

“Oy … cantemos!” is motivated by pedagogy and performance practice. It’s easy to forget that children have historically been integral to the practice of music. Of course, not all aspects of the educational context of that time can and should be integrated today; it is rather a matter of getting a little closer to the essence of learning music by means of the insights of the humanistic concepts. You can find out more about this in the program of our concert (and thank you, Tabea Schwartz, for your help with this question!).

TC: As a connoisseur of early music, you also devote yourself to the extremely rich world of the Renaissance. While the vocal music of the Baroque period has enjoyed great popularity in theaters and media for several decades, music before 1600 still largely ekes out a niche existence. Why is that? Will that change in the near future?

CFS: In my opinion, music before 1600 has been out of its niche for a long time. I strongly believe that in this period we artists have an interesting balance between the different forces in the artistic work (research, music pedagogy, market, playing practice … ) that allows us to make proposals with different approaches and perspectives, to seek and present results that are further away or closer to historical contexts, depending on the point of view of the artistic vision, and to find their audience interacting in a more direct way with the artists. In this respect, we can also directly influence or create the market!

Why I’ll be there … by David Fallows

Some readers may know that my main preoccupation over the last two years has been trying to finish my long-planned book about Art Songs of the Burgundian Era, 1415–1480, which I abandoned as too ambitious in about 1995, then publishing what was originally planned to be its appendix as my Catalogue of Polyphonic Songs in 1999. One of the chapters here concerns the topics that are treated in the songs – or, in fact, not treated. And one of the biggest surprises is that Christmas themes do not occur except in the special (and separate) case of the English carols.

Then, some time around 1490, we begin to see Christmas themes in Spanish poetry, quite probably due to the initiative of Juan del Encina (who stands at the origin of so much in both Spanish literature and Spanish music).

Whatever the reasons, we quite suddenly find in the Spanish music of the sixteenth century substantial quantities of Christmas music, particularly by Guerrero, Morales and Victoria. And once again that contrasts with the relatively thin representation of Christmas in the music of Italy, France and England. Anyway, the Spanish repertory is astonishingly rich in seasonal music. And what better way to begin the celebrations of the family holiday that has been denied to most of us for the last two years?

And when they had seen it, they spread abroad the word which was spoken unto them of this child. And all before whom it came marveled at the speech which the shepherds had told them. 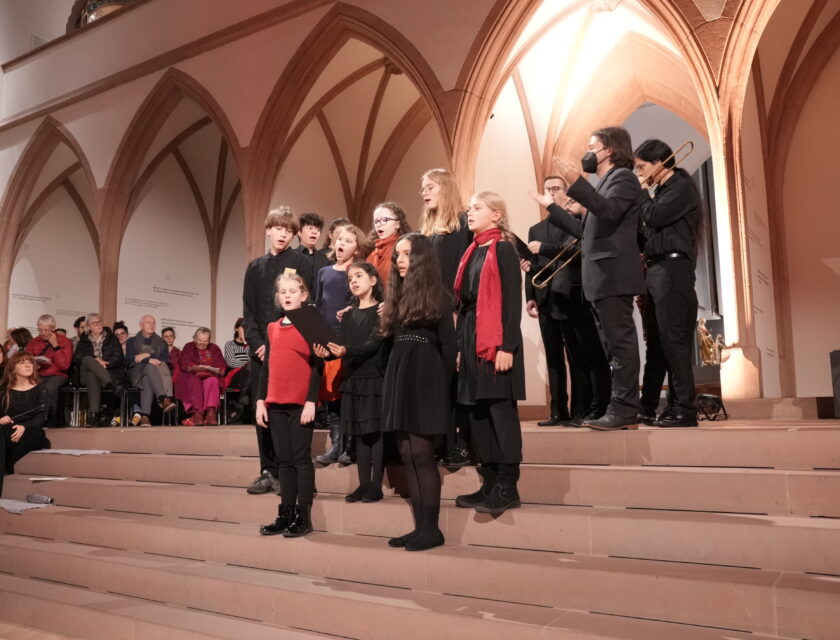 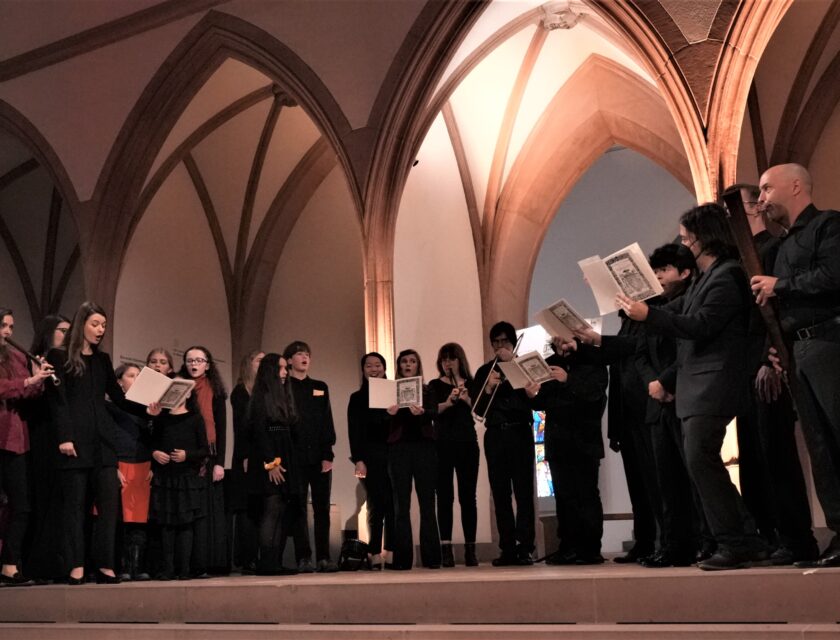 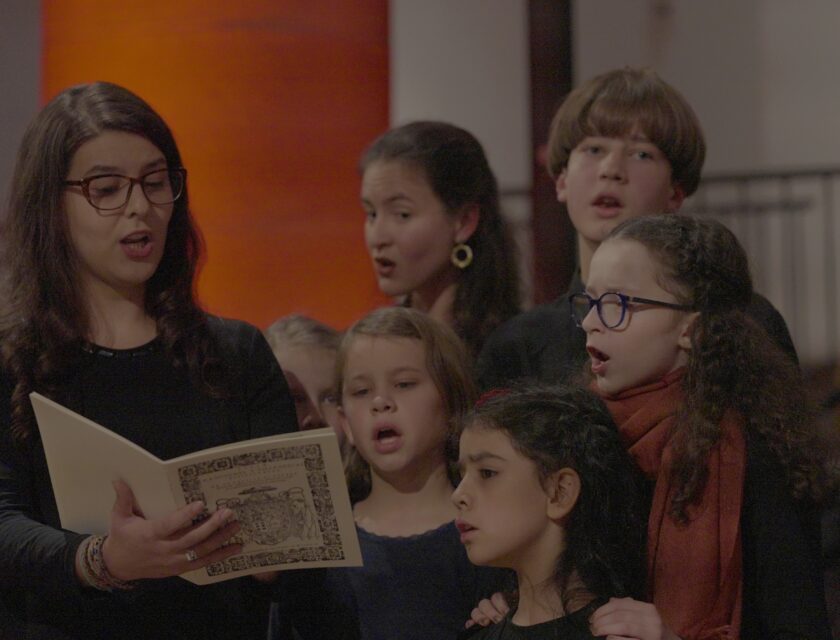 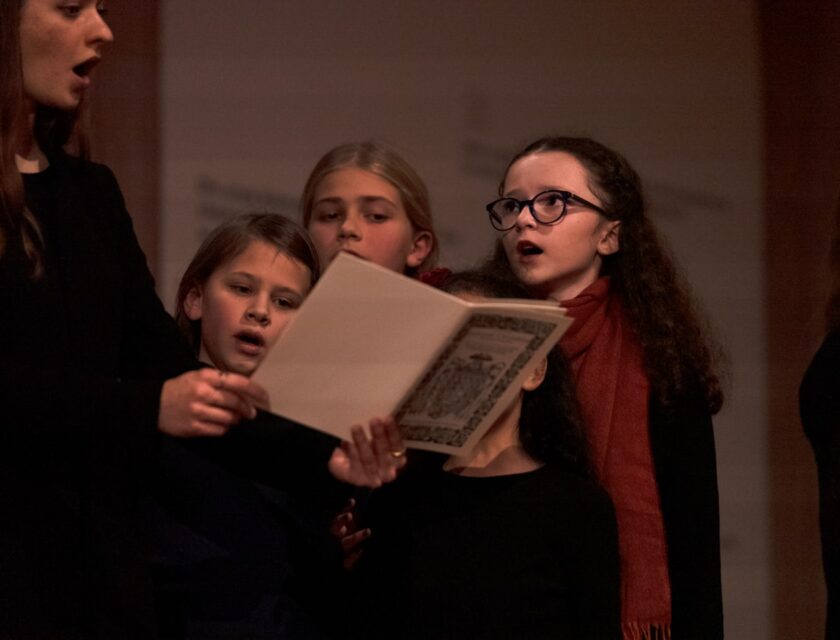 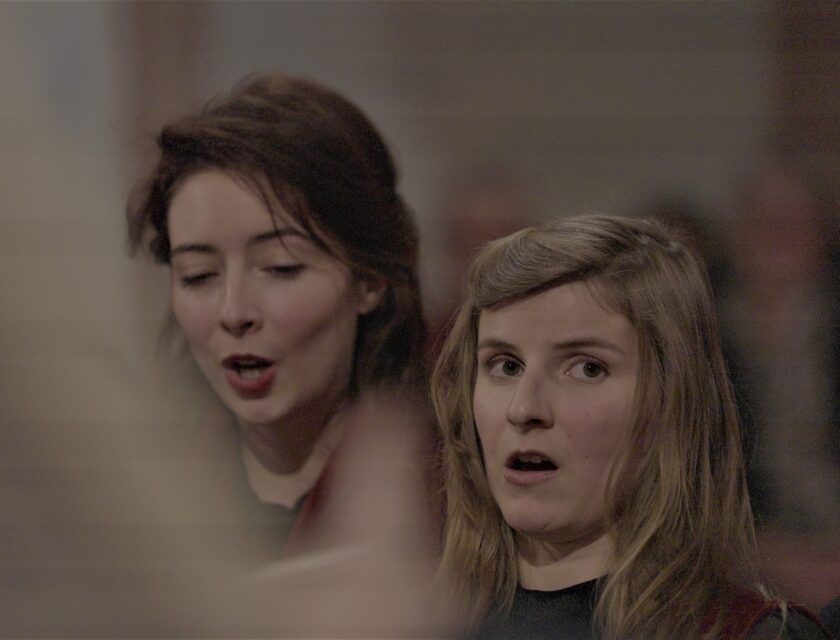 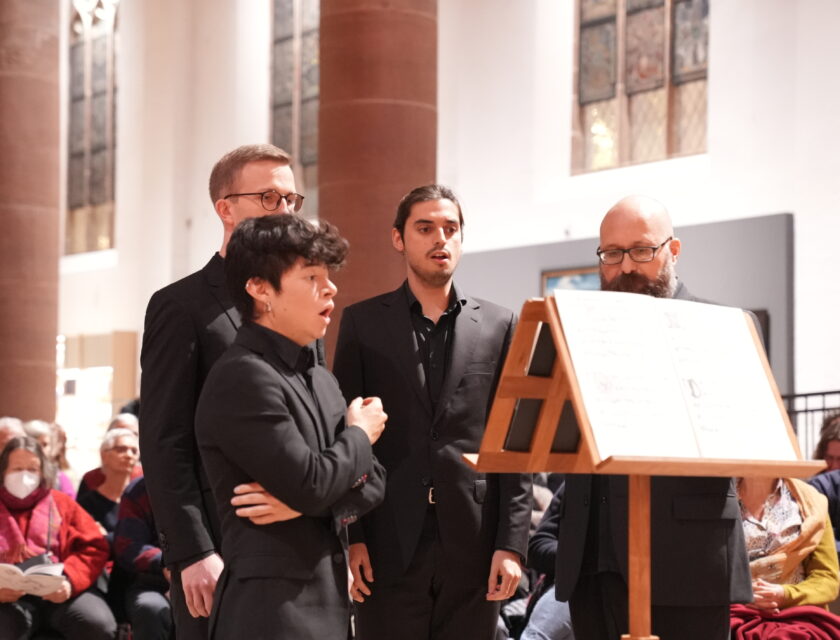 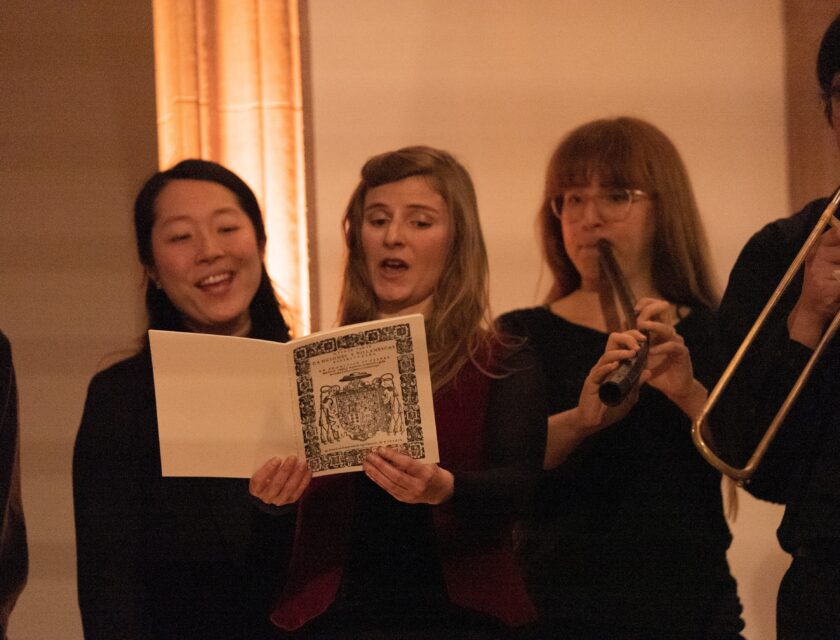 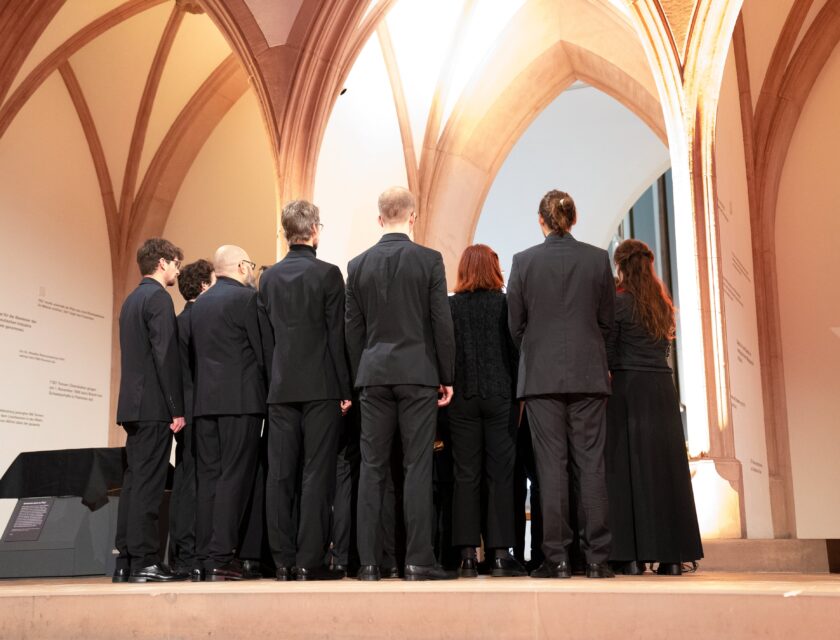 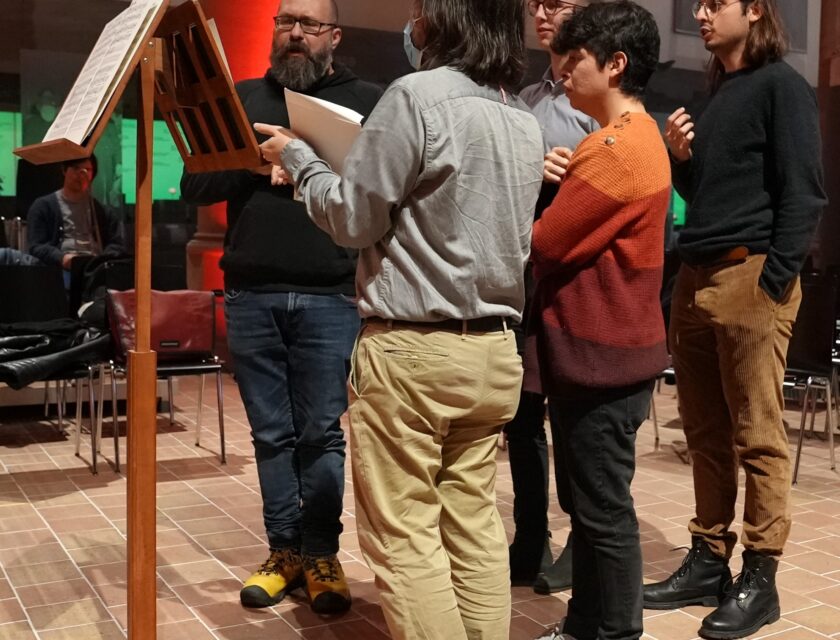 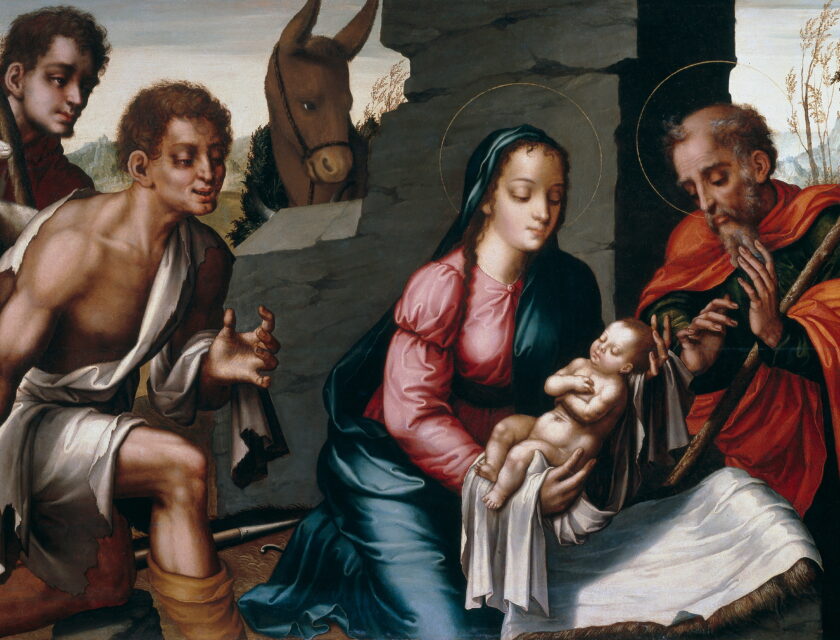 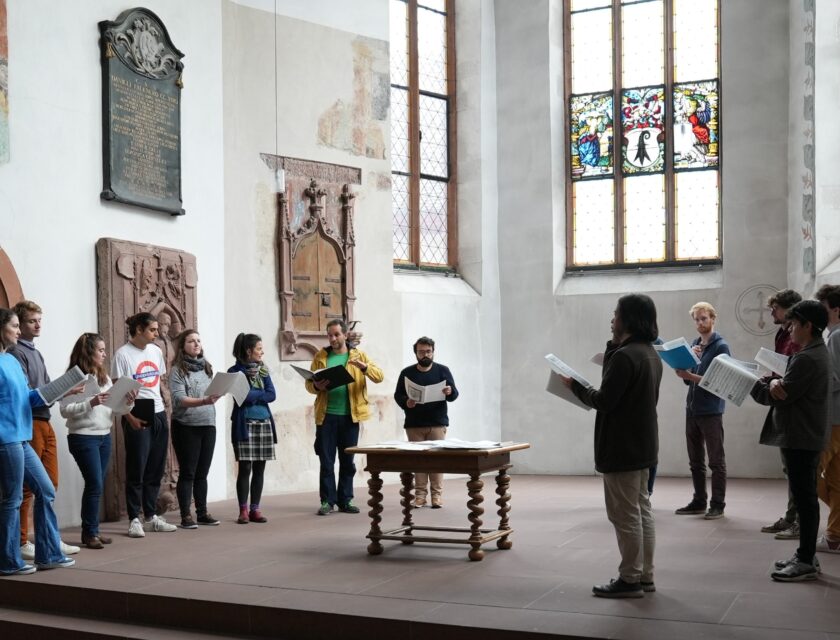 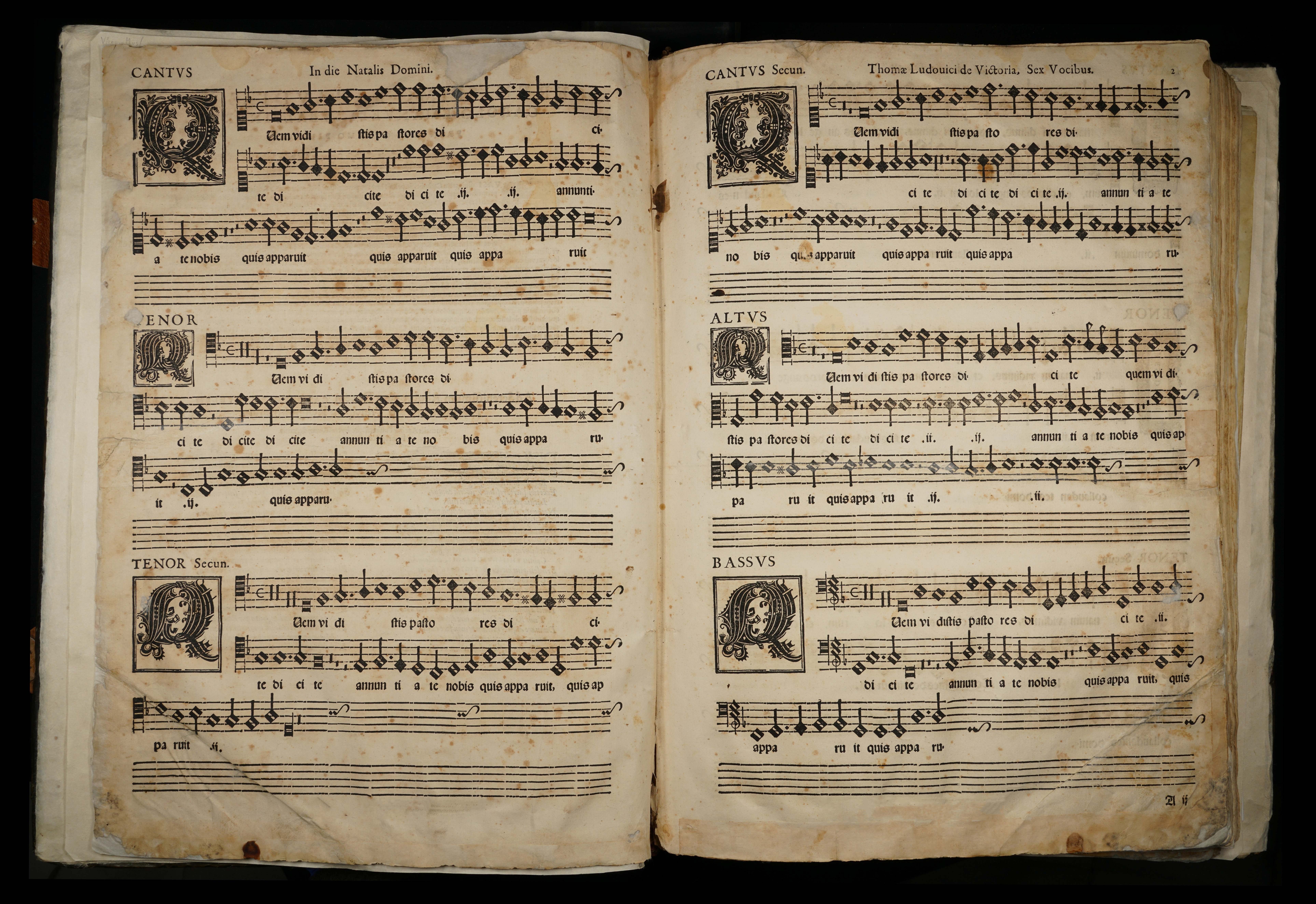 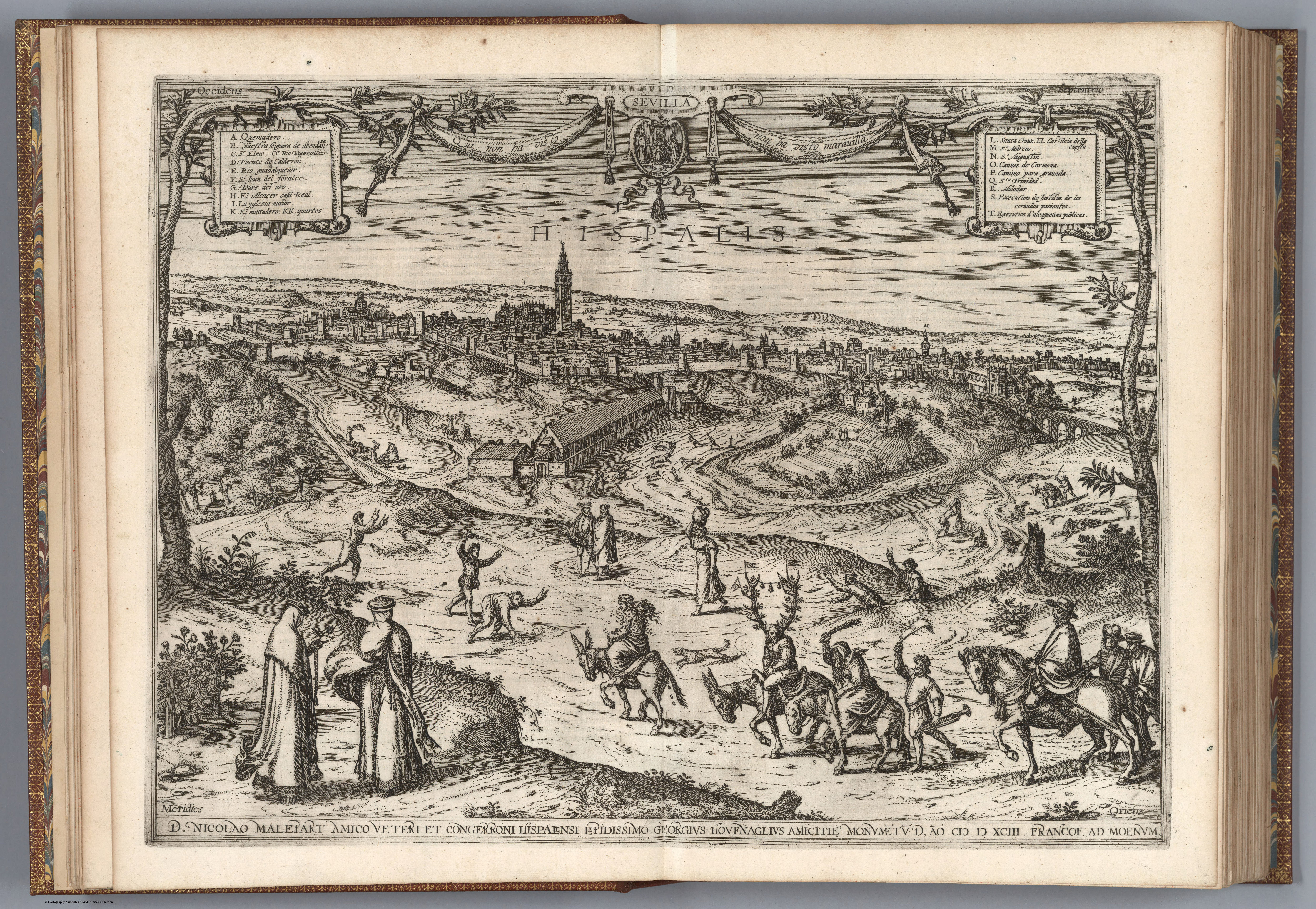 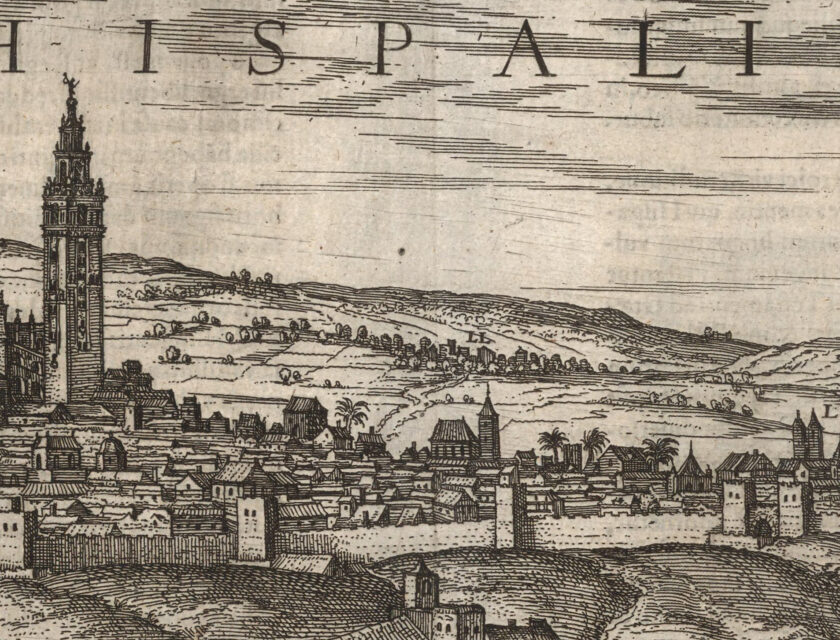 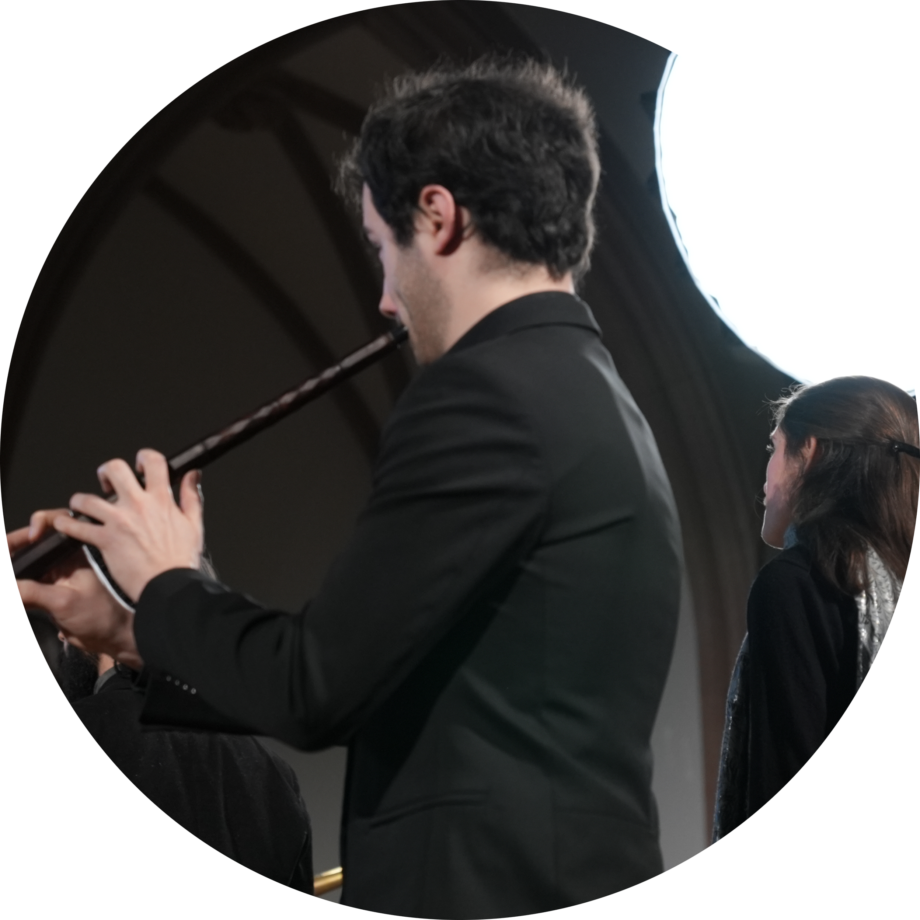 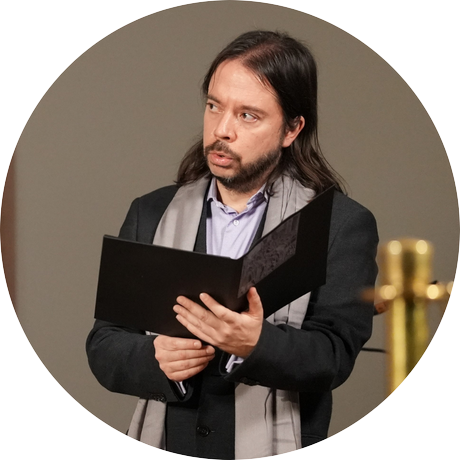 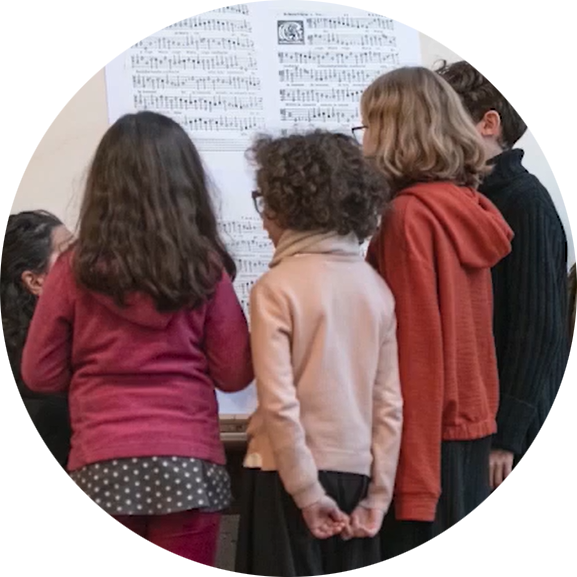 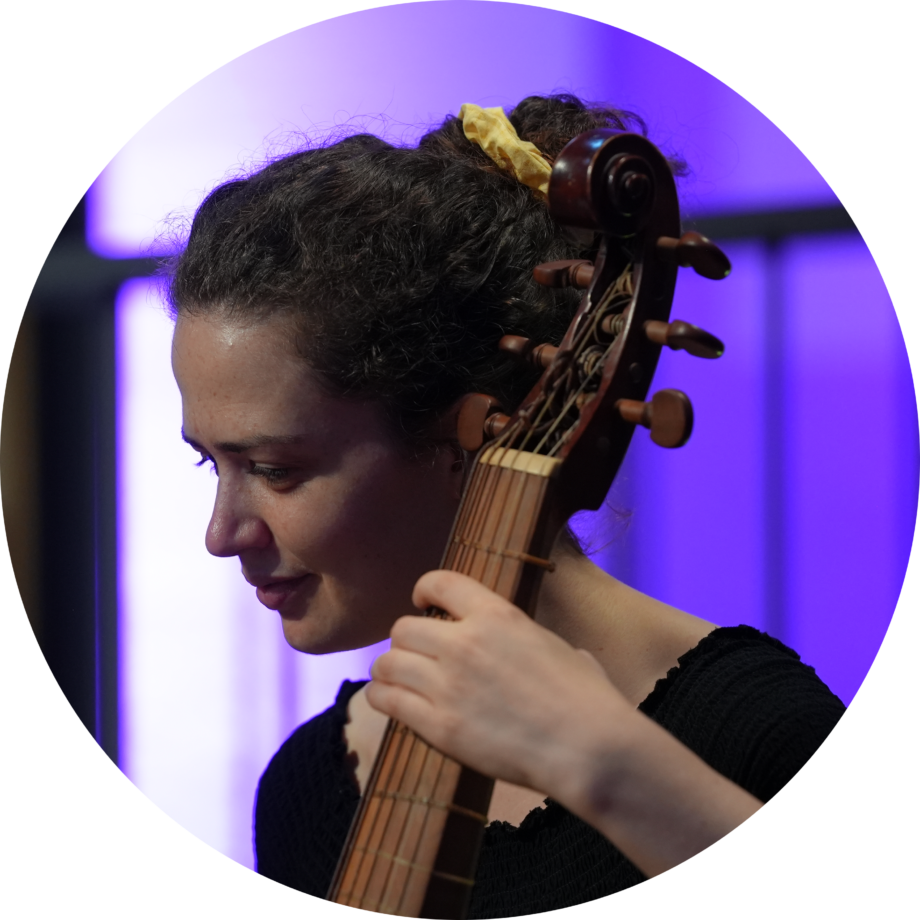 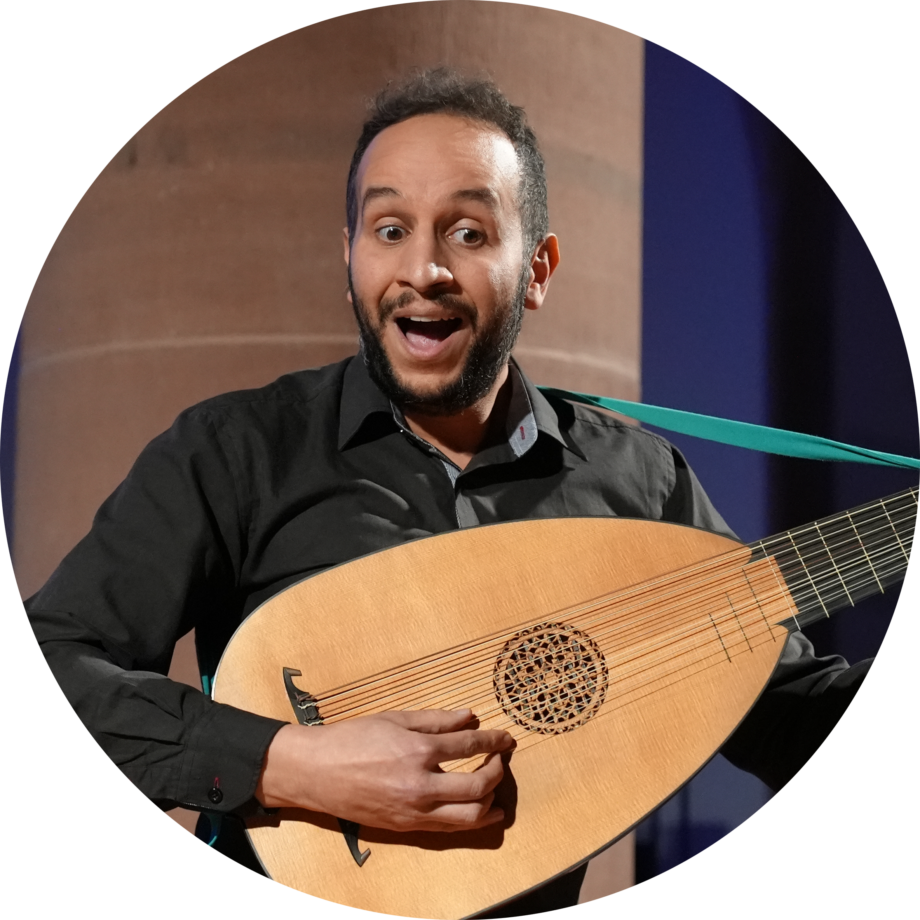