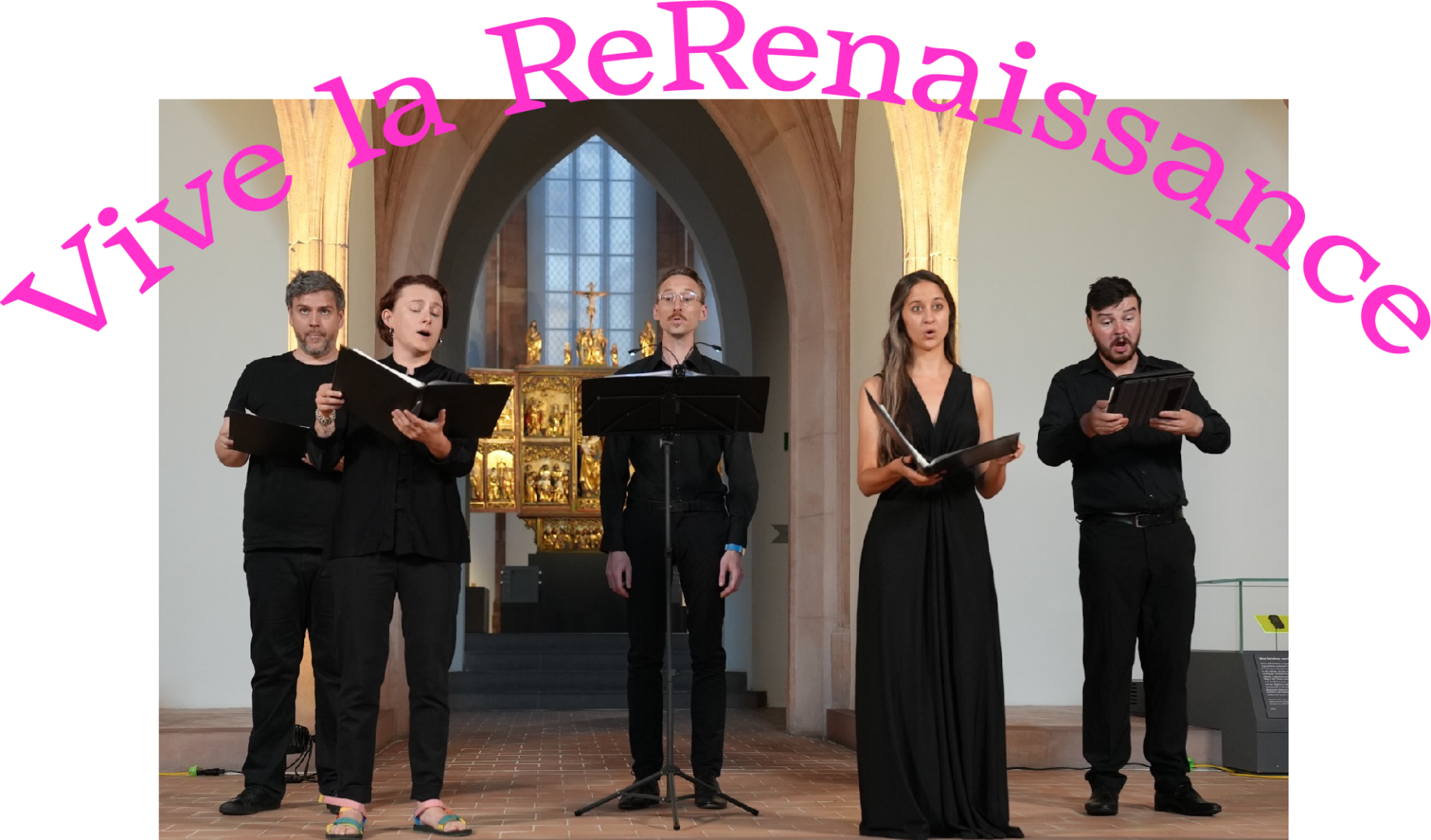 asilissa ergo gaude – with these words begins the earliest motet by the Burgundian composer Guillaume Du Fay (Dufay).
But “Vasilissa” (or “Basilea”) is an ambiguous word and means “queen” in Greek: the work was dedicated to the future queen Cleofa from the house of the Malatesta of Pesaro. With the first performance on the occasion of her marriage, she was sent off to Constantinople.

Like these, most of Du Fay’s motets can be linked to a very specific occasion. Here, the spirit of the early Renaissance blows through the sophisticated constructs of the late Gothic, interpreted by an a cappella vocal team from ReRenaissance. 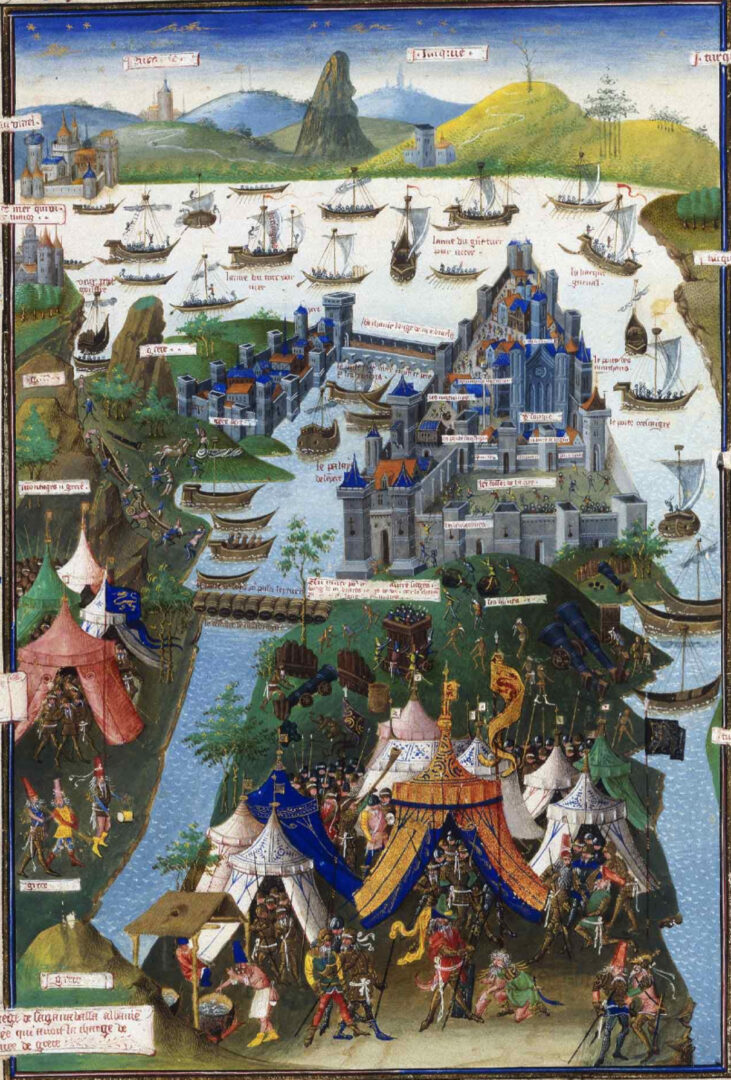 Thomas Christ (TC): We are very pleased to invite an experimental and explorative Basel native to talk with us today in our international musicians:inside series. At the Schola Cantorum in Basel, people speak mainly English, Spanish, French, and perhaps German. As a Swiss, were you more of an exotic or do you feel more like part of a supranational cloud through your shared musical creations?

Hanna Marti (HM): The international scene at the Schola was a great enrichment for me. In fact, we were few Swiss* when I studied there, but by being a twenty-year-old student at the time and coming into contact with a music college context for the first time, the experience felt more like arriving among like-minded people. 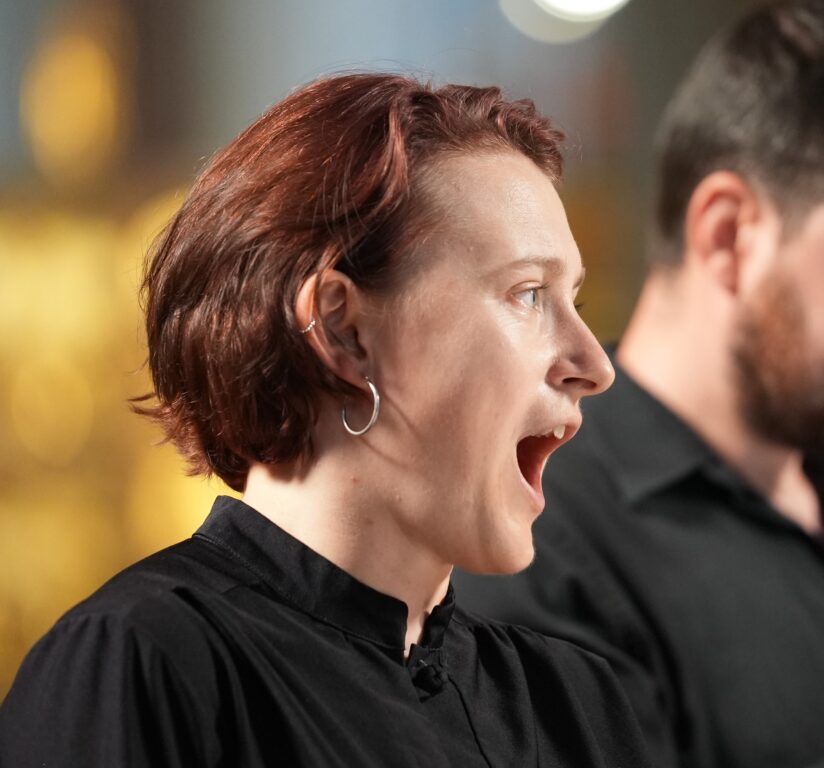 It was now no longer strange, but the practice of everyone to give so much time and energy to music every day. In addition, the language of music is, for the most part, universally human, and origin actually recedes into the background.

TC: How do you get from the electric guitar to the medieval harp? Rhythmic and melodic bridges can certainly be built from rock to baroque, perhaps more so than to classical music, but to the intimate sounds of the Middle Ages the path seems a bit further, or am I mistaken?

HM: For me there is no insurmountable contradiction, I am also always interested in the human experience of medieval music, that which directly connects us people today with the people of the Middle Ages: We live the same emotions, often even the same inner conflicts, only transposed, so to speak, into the culture of today. Even in rock music, or the music I composed and improvised on the electric guitar as a teenager, I’m not interested in the big pompous gestures, but really human expression. For me, this essence connects all musical cultures, but needs a lot of honesty. Loud, electronic, dissonant or, according to classical cultural norms, weird music can be very intimately touching, just as classical or early music, while beautiful and harmonious, can remain completely superficial.

TC: You dedicate yourself with great success to the revival of silenced songs from past epochs, well understood without corresponding sheet music – what are your sources of inspiration? What limits are set for you or do you set for yourself?

HM: Often fragments are handed down from the piece I want to re-create, or then from the musical culture from which that piece comes. From this sound material I create a kind of compendium of musical gestures, phrases – a kind of vocabulary. I then apply this to my piece to find a plausible re-creation. Consequently, it is a balancing act of improvisation, composition and reconstruction, in which my own creative intuitions should certainly also play a role. Also inspiring are the instruments that accompany me and bring in their very own tone and sound language: It also influences my singing whether a harp or a flute accompanies. This explanation is a bit simplified, I explain my process in more detail for example on my website or in Youtube videos … or you can visit one of my workshops sometime, for example next September in the Dales in Yorkshire! 🙂

I set myself few limits: After an intensive musicological study, the main thing for me was to trust my acquired knowledge and to find the way back to the immediate inspiration and now to allow myself to connect this inspiration with my knowledge, to also grant it its importance in the creative process. I am sure medieval musicians:inside used their inspiration and musical intuition! So if I want to approach the creative world of these people, I have to leave the musicologist hat in the checkroom …

TC: As is well known, little has been handed down to us acoustically, but the available visual material from the Middle Ages, as well as from antiquity, is extremely rich. Do these colorful, iconographic impressions help for the acoustic revival of your projects?

HM: I think these iconographies especially help with instrumental lore or speculation as to what instrumental ensembles existed … since they are often also meant to be symbolic, I am wary of their direct interpretation for music. In my production of Hildegard von Bingen’s Ordo Virtutum, I took a closer look at gestures in medieval illustrations. My instruments are based on imagery from the time, but otherwise I personally don’t work much with image sources.

TC: And finally, my “Gretchen question” about the attractiveness of early music in the present. As is well known, baroque music has been experiencing a real boom for several decades – what are the chances of teaching the more intimate music of the Renaissance or the Middle Ages, or what are its limits?

HM: Personally, I think I sense that a lot of people are a bit stimulus-flooded. In a world in which we are constantly bombarded with sound and music, in which praise is given to anything that is loud, colorful and gaudy and hopefully produces a lot of clicks by being as radical as possible, we tend to close our ears – this has to do with self-protection and is understandable. The music I create, alone or in ensembles like Moirai (www.moirai-ensemble.com), is not easy to listen to: You have to turn to it, read along with the translations of these ancient strange languages, surrender to it. The pieces are often long and tell stories full of symbolism. The music demands something from the audience, but I believe that my listeners often instinctively feel that they are also being given something very special, personal and intimate back for their efforts.

Lately, I’ve been re-examining some things that had seemed settled for far too long. It began when I discovered three English Christmas carols clearly composed for the celebrations at Troyes in 1420, when Henry V not only married Louis VI’s daughter, but was actually named the rightful successor to the French throne after Louis disinherited his only surviving son. At first glance, they are very simple: two-part, but with Latin texts that were intended to appeal not only to Henry’s English entourage, but also to the French nobles who supported this extraordinary turn of events. (Since Henry V died a few weeks before Louis VI, he did not inherit the French throne, although his infant son was duly anointed French king, however little it ultimately brought him).

But Henry had his entire band with him in France, along with all his instrumentalists and his festive trumpeters and drummers. I no longer believe that these public displays of unity between England and France consisted of plain songs for two singers. It is much more likely that the innocuous-looking notes were embellished with all the tremendous musical resources at Henry V’s disposal. How could anything else have been appropriate for such an occasion?

So I am now coming to reconsider Du Fay’s motets as well – certainly, even at first glance, they are far more elaborate than these English carols, but for half a century they have almost always been performed with small ensembles and mainly by solo singers, with little or no instrumental participation. I really like to hear them that way: It seems to me that the performances of Du Fay and his contemporaries are much more compelling these days than when choirs and all kinds of instruments were thrown into the mix.

But when the Malatesta family celebrated that one of their daughters actually became empress, when Pope Eugenius IV celebrated the great events of his reign and especially the glorious dedication of the Duomo of Florence, were they satisfied with four or five singers? For the latter event, there is an eyewitness account by Giannozzo Manetti, but although he describes it as a glorious event, he is disappointingly tight-lipped with the details. The singers we will hear will certainly deliver dazzling performances, and I am looking forward to the event primarily for this reason. But these days I will consider other ways to listen to this music. I will wonder if the intimate setting of the Barfüsserkirche is really what Du Fay had in mind. And these questions are always among the most interesting and challenging for any music lover.

Du Fay, the Malatestas and Constantinople 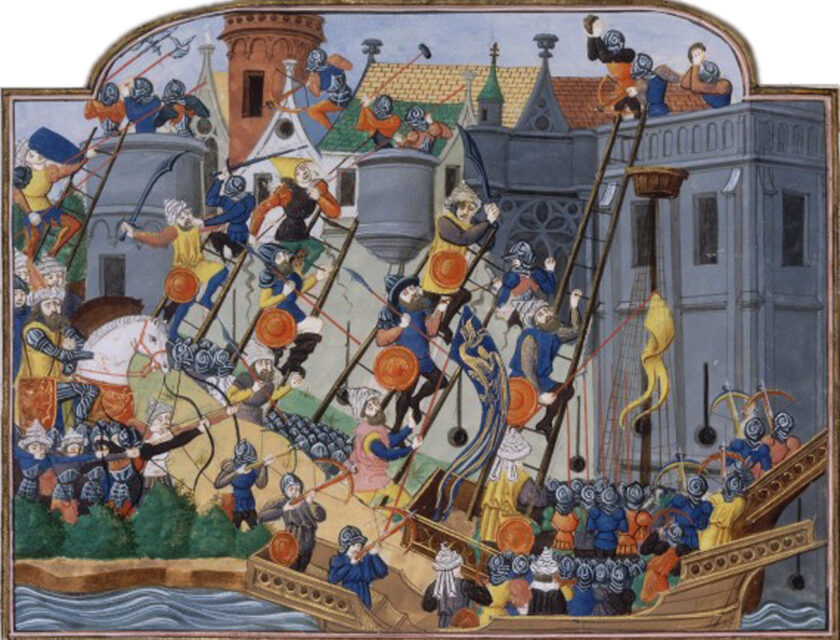 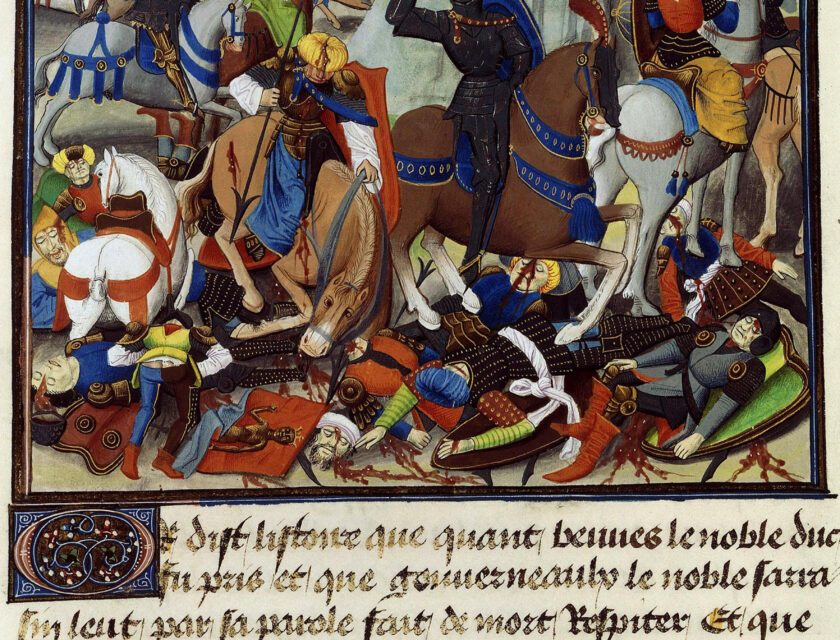 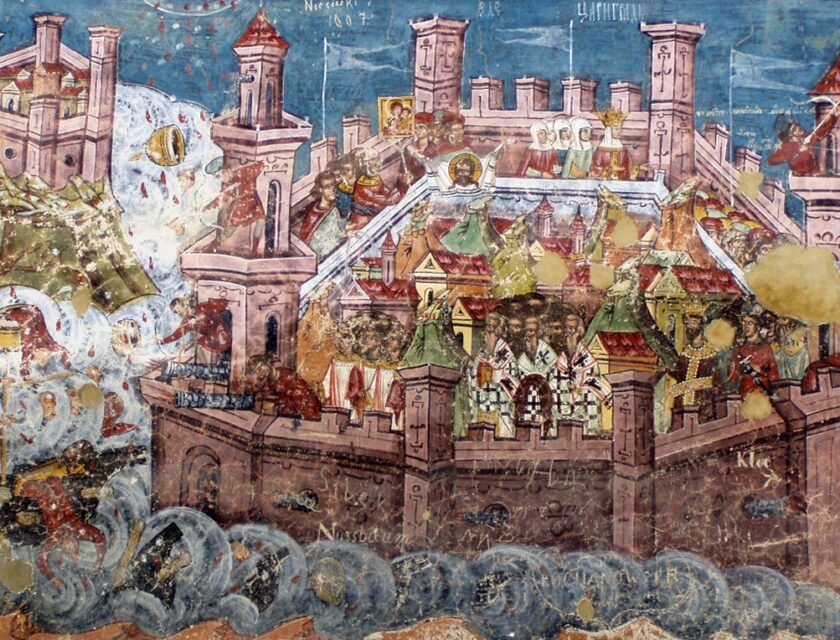 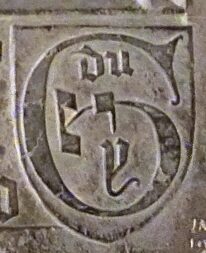 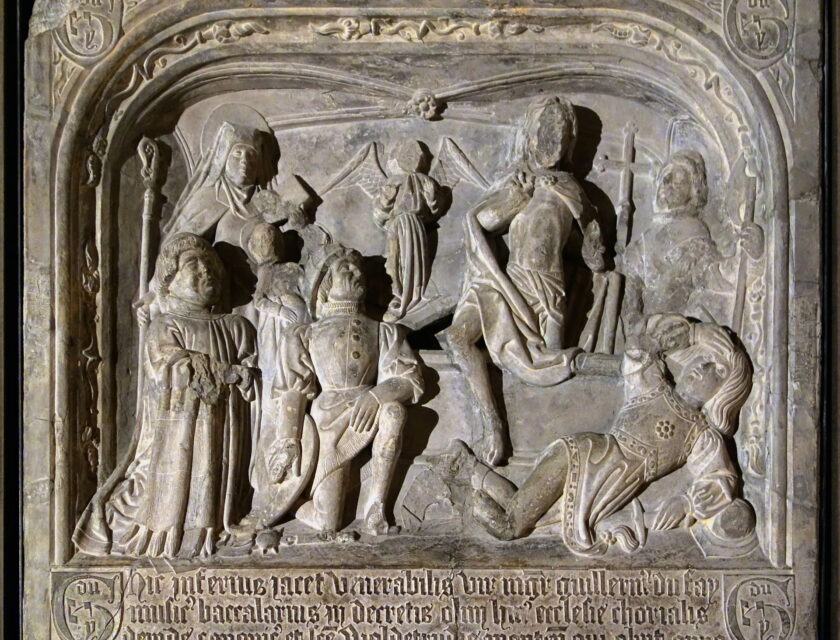 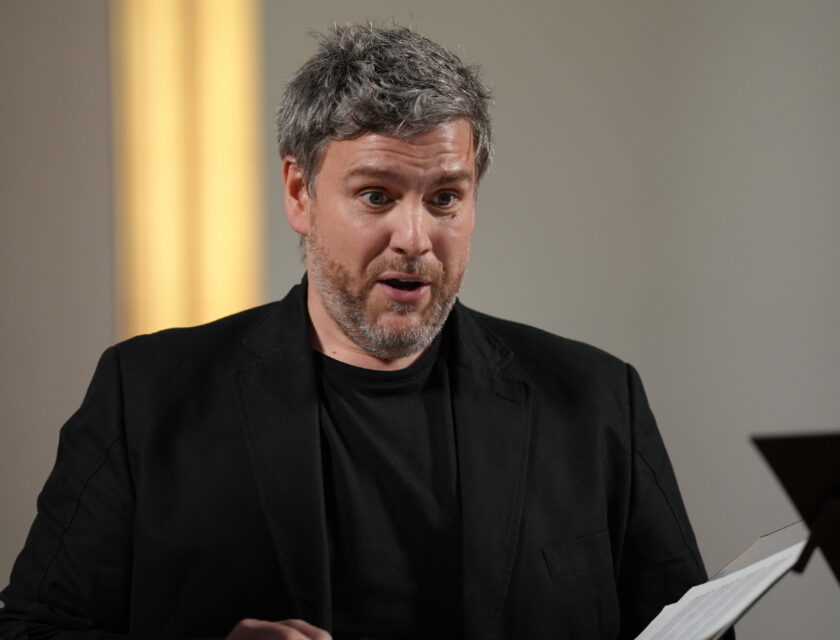 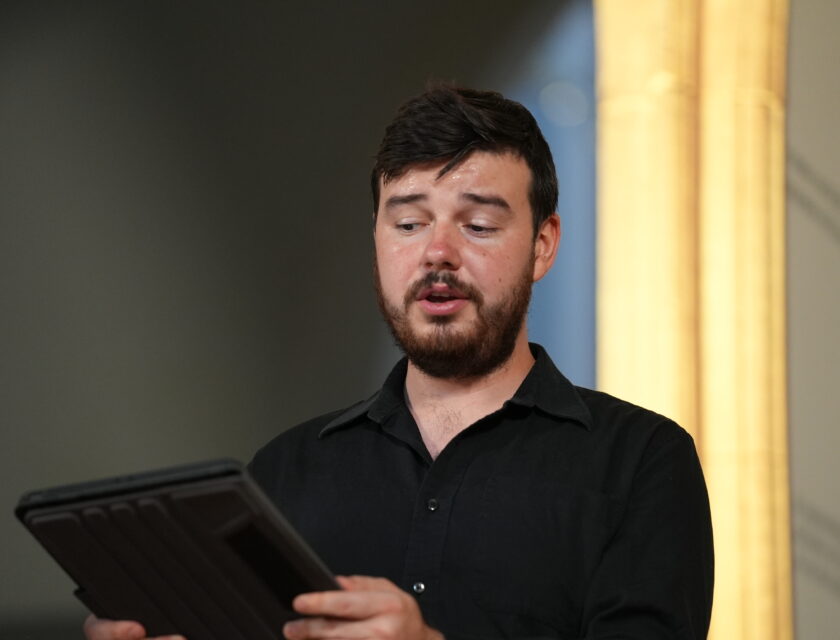 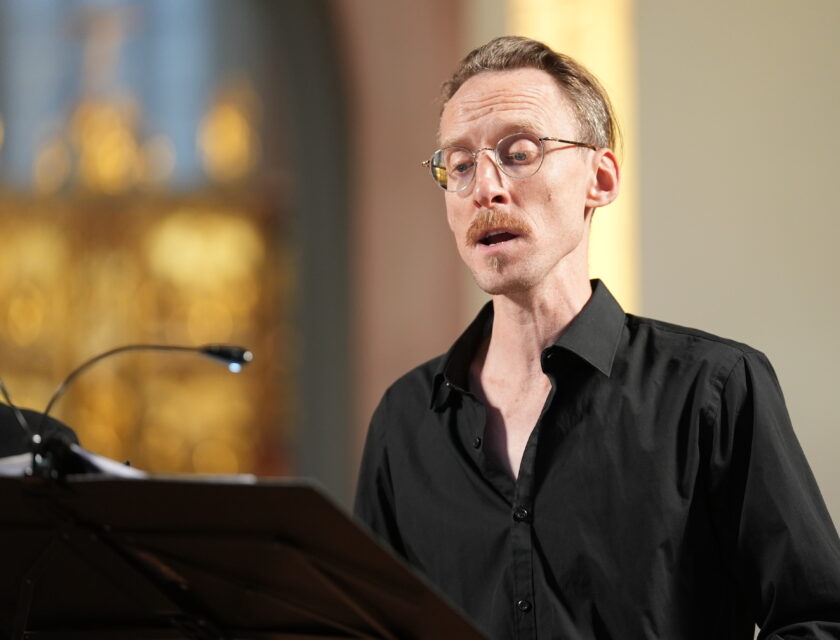 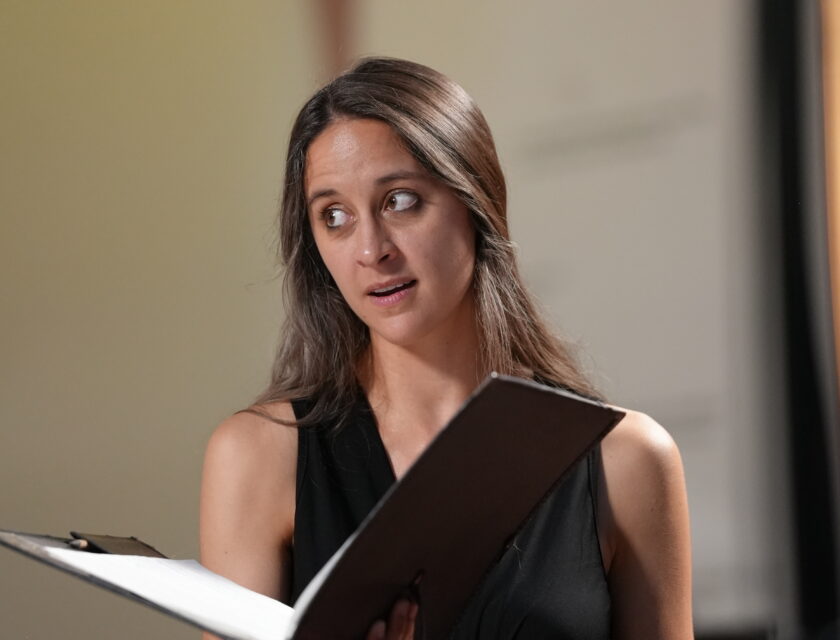 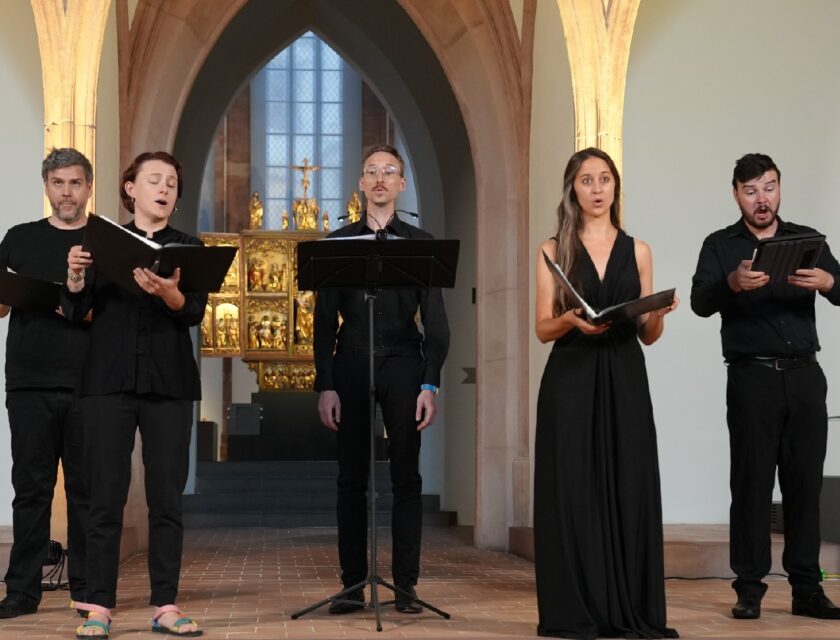 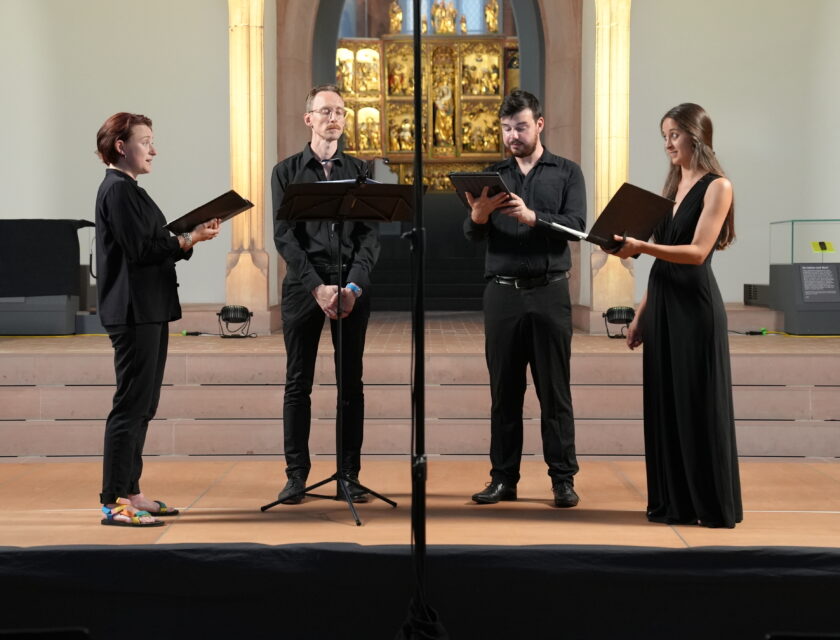 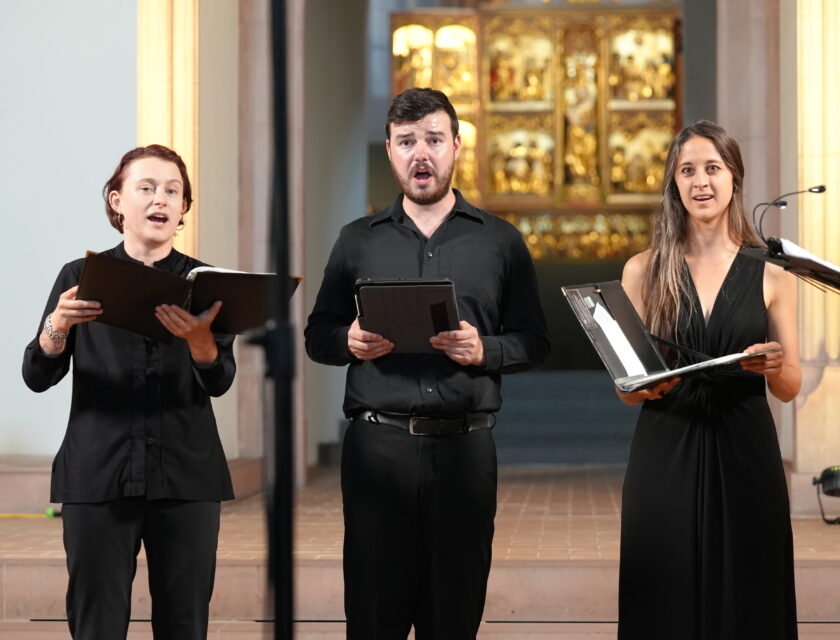 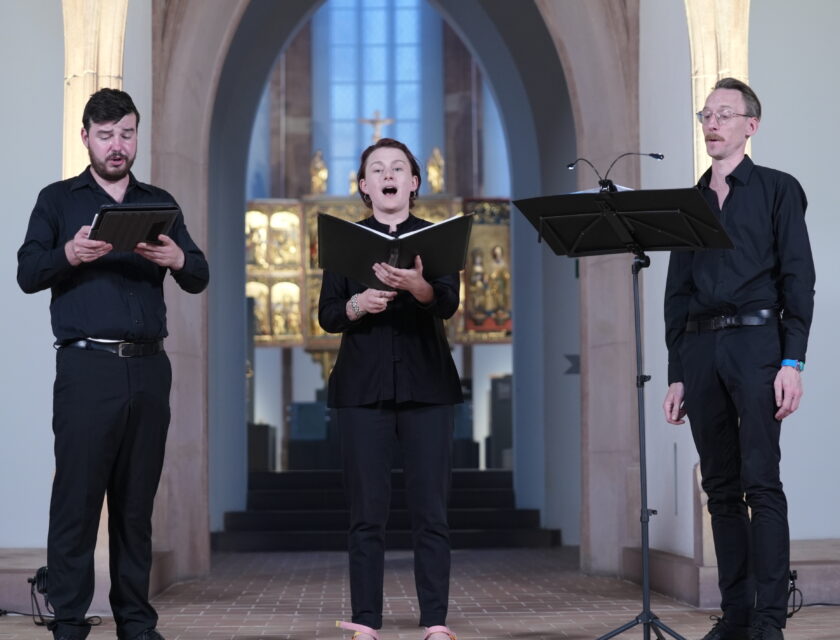 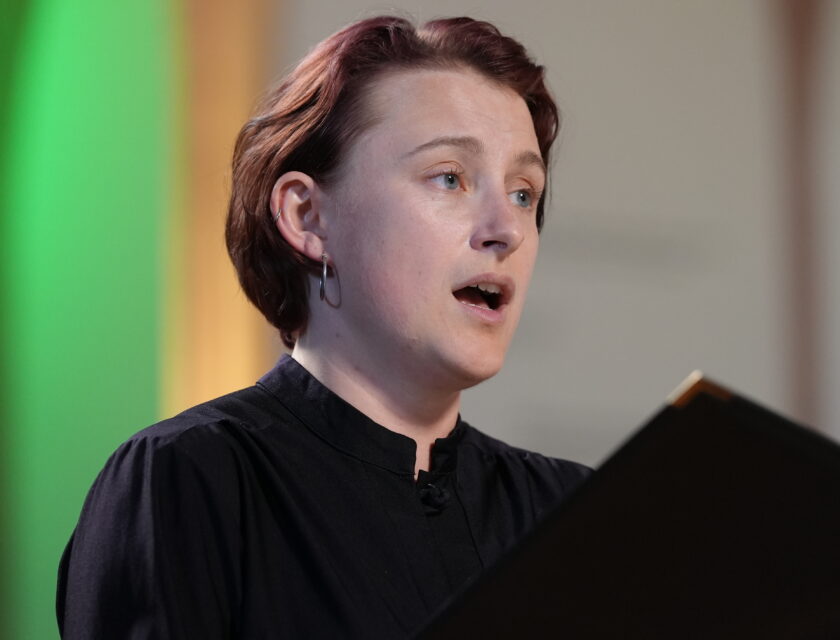 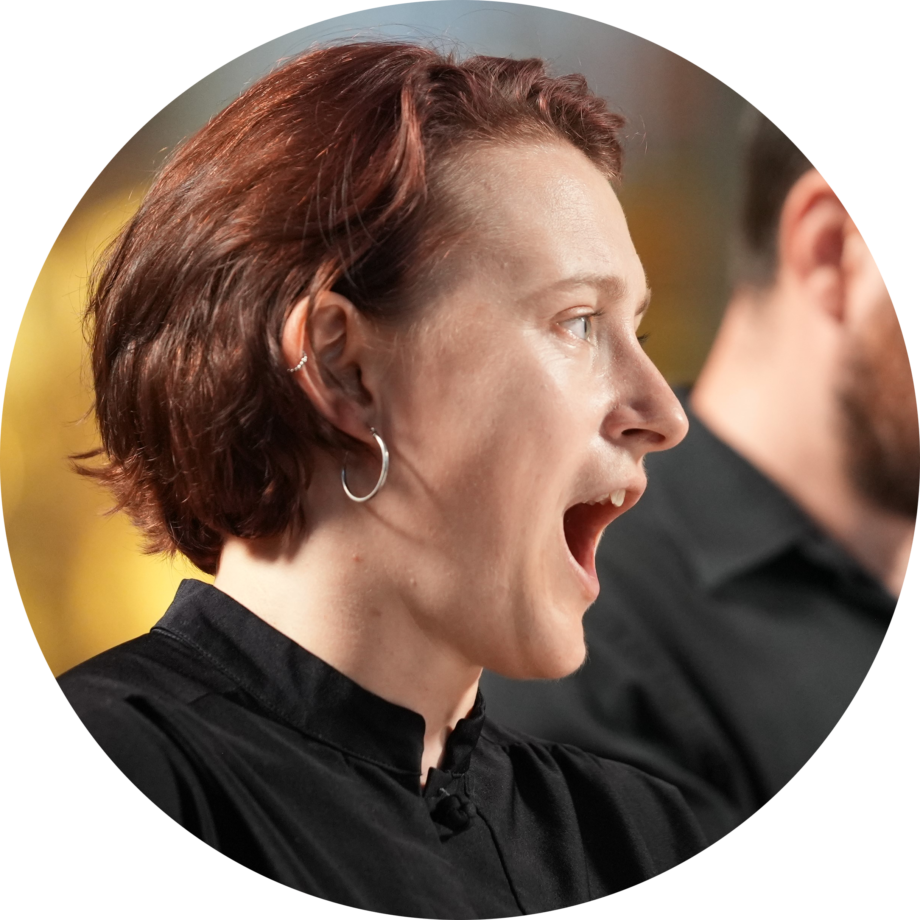 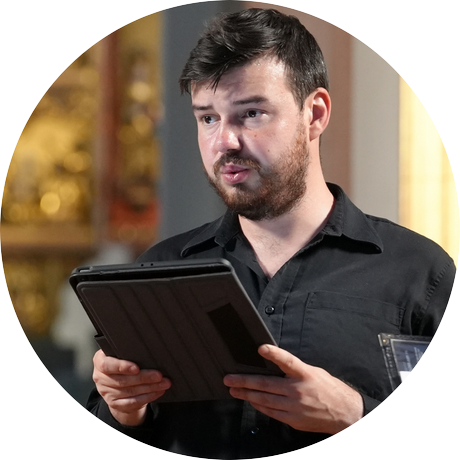 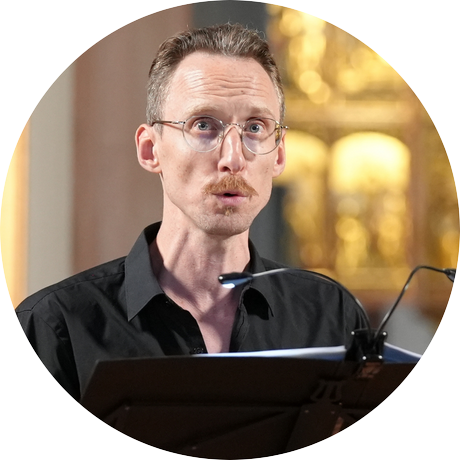 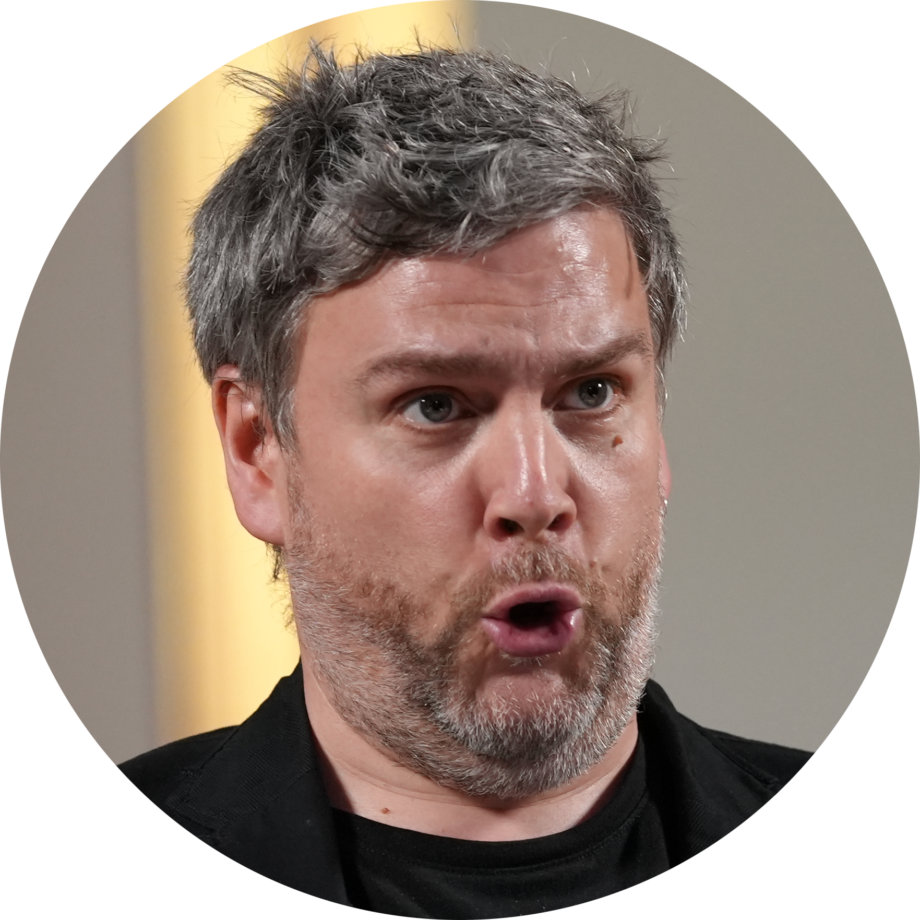 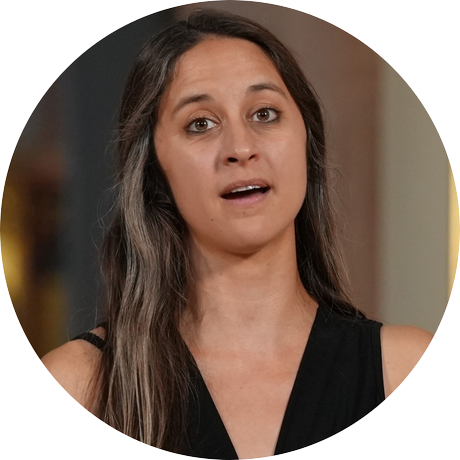